The Assad parliament talking about corruption 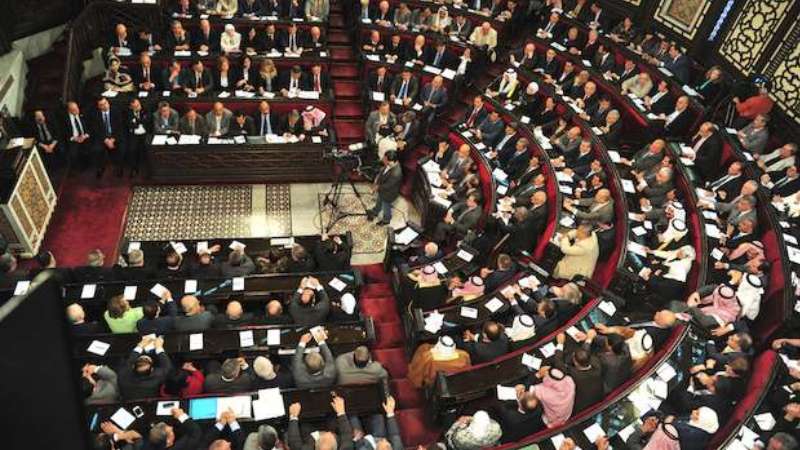 Orient Net - Adam Harb
Discussing corruption in Syria and the reasons behind it, Tishreen Newspaper is so sure that Assad’s parliament can combat it. One of the solutions, as the paper suggests, is by getting rid of those Syrian employees who are unable to develop the INSTITUTIONS. The paper concludes that corruption includes crimes such as position abuse, being rich illegally, embezzlement and seizure of public funds.
As it is the regime’s habit, Syrian citizens are to be blamed for any trouble. Employees who strive to survive are accused of corruption and kicked out of their jobs to show the world that Assad is fighting corruption.
Syrian citizens are charged of corruption, arrested and humiliated, while the corrupt are licensed to do whatever they please.
Considering the Assad’s family and their actions in Syria may best show who is behind corruption in Syria.
Rami Makhlouf, a cousin of Bashar, controls as much as 65% of the Syrian economy through his network of business interests with a wealth exceeding 6 billion $. Rami owns Cham Wings Airlines and is the majority owner of Cham Holding which has investments in luxury tourism, restaurants, and real estate through Bena Properties, the largest Syrian private real estate company. Cham Holding also controls Syrian Pearl Airlines, the first private airline to be allowed in the country.
Rami’s brother Ihab enjoys easy access to opportunities such as an exclusive license to operate a network of duty-free retail shops where a significant portion of goods were redistributed inside the country.
Like his father, Mohammed Makhlouf, he is active in the oil sector and shares Assad all oil deals taking place in Syria; some of them are with Daesh.
Makhlouf maintained a close relationship with Bushra, Bashar’s sister. Together, they managed to control every activity in Syria.
Rami also operates a number of different business projects in Lebanon with Maher, Bashar’s brother.
Bashar before becoming president would during official meetings try to make business contacts for Rami. What an honest history!
As Bashar cannot be trusted even by his own inner circle, Rami transferred his projects to Dubai; the Makhloufs were worried that they were going to be made the scapegoats of an anti-corruption propaganda campaign.
Few years back, when a parliament member, criticized Rami Makhlouf, he was immediately arrested and imprisoned for 5 years.
During the Syrian uprising, Rami financed pro-Assad demonstrations both across Syria and abroad, by providing flags, meals and money for those participating.
One would wonder if Assad parliament still wants to fight corruption! Their only way is to account Syrian citizens responsible for the horrible deeds of the Assad family while the latter continues with its corruption and destruction of the country.
Bashar and his echelon are getting richer at the expense of Syrians who are striving to find a piece of bread or a tent to stay in.
Looking at the reasons behind corruption listed by the paper, is the Assad family innocent of position abuse, being rich illegally, embezzlement, seizure of public funds and all sorts of corruption?
In the past 5 years, this Assad echelon added insult to injury. Had they stayed corrupt as they were, it would have been tolerated by Syrians. They have shown that they are professional killers as well, not of people only but of a nation as well. Corruption has proven to be capable of breeding brutality and crime as well.