Resolution 2254; a backstabber of the Syrian revolution?

Resolution 2254; a backstabber of the Syrian revolution? 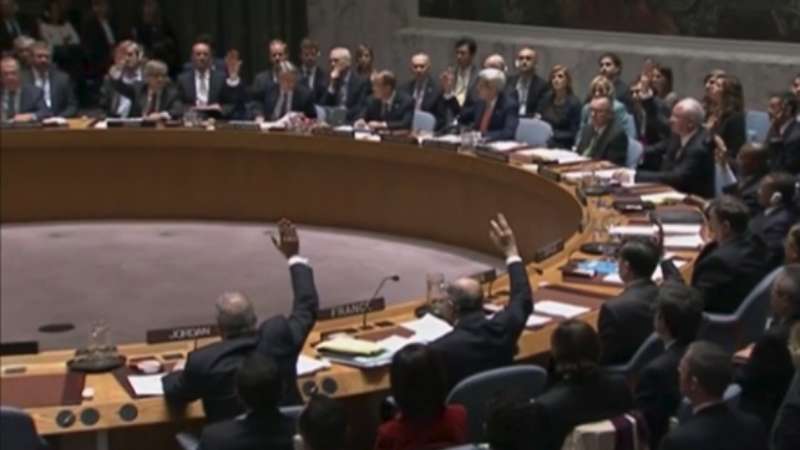 Resolution 2254; a backstabber of the Syrian revolution?
__new_Underarticle_image_EN__
Orient Net - News Commentary
After nearly 5 years of bloodshed and displacement of the Syrian people, UN Security Council Resolution 2254 which is supposed to be a road-map to Syria’s peace, brings dissatisfaction among the Syrian opposition.
The decision-makers included the 5 permanent members of the Security Council and Jordan among others without any representatives of the Syrian opposition, making it a Russian-US resolution.
US Secretary of State John Kerry said following the meeting that “now that we have a UN resolution and a process moving, the door is much more open for us to consider greater ways of cooperation,” addressing cooperation between US and Russia.
Kerry added that this agreement could have been struck years ago, before “one Syrian in 20 has been killed or wounded; one in five is a refugee; one in two has been displaced; the average life expectancy in Syria has dropped by 20 years”.
The International Syria Support Group paved the way for the UN Security Council to decide on a resolution and dictate a new Sykes-Picot agreement, after almost a century from its implementation, with Russia and the US as the prime powers and Iran and Saudi Arabia as secondary powers while the rest are complimentary powers.
One of the demands of the resolution includes a ceasefire to take place across all Syria, but the groups deemed as terrorists in Jordan’s list will still be faced with air strikes. A list of 160 fighting factions in Syria which did not include the sectarianist Shiite militias bolstering Assad regime.
Faisal al-Qasem, a Syrian political analyst, explained that the “international decision permits the use of force against opposition fighting factions since they are deemed as terrorists, and it does not allow the use of force against Assad and his allies in the pretext that they are fighting terrorism.”
__new_in_first_article1__
The discussed resolution did not negotiate Assad’s future, in an attempt to wither the subject away with the past. Instead the resolution stated that he will stay until an UN-moderated elections takes place 18 months from now which the Syrian people will then decide. This means that Assad’s intelligence and military forces will stay intact and his authoritarian regime will be untouched.
This resolution along with many previous ones did not have a Syrian citizen amidst the negotiators for a Syrian peace plan. Russia, Iran and its militias fully back Assad, while the Syrian revolution has been lost between opposition factions that have failed to fully represent its demands inside and outside Syria.
This “peace plan” did not mention the release of thousands of detainees in Assad prisons, finding those missing and exposing the mass graves committed. It did not condemn a single act committed by Assad and militias loyal to him.
Al-Qasem criticized the resolution saying that “it is pouring salt on the wound, rather than finding a permanent cure.”
In addition, he denounced the Security Council’s invitation for the Syrian regime envoy to the UN Bashar al-Jaafery to attend the announcement of the resolution without inviting any representatives of the opposition, saying that the Security Council was sending an obvious sign; “the Assad is one of us.”
Head of the Syrian National Council (SNC) Khaled Khoja tweeted yesterday that “the Resolution 2254 undermines the progress made between different Syrian opposition factions during the Riyadh conference and degrades the previous UN decisions regarding Syria’s political solution.”
Many prominent Syrian opposition figures have denounced the resolution on social media, but they have not officially sent out a statement criticizing Resolution 2254. A resolution that was put forth to keep Assad in his power and crush the Syrian revolution.