Inside Iran’s Secret War in Syria 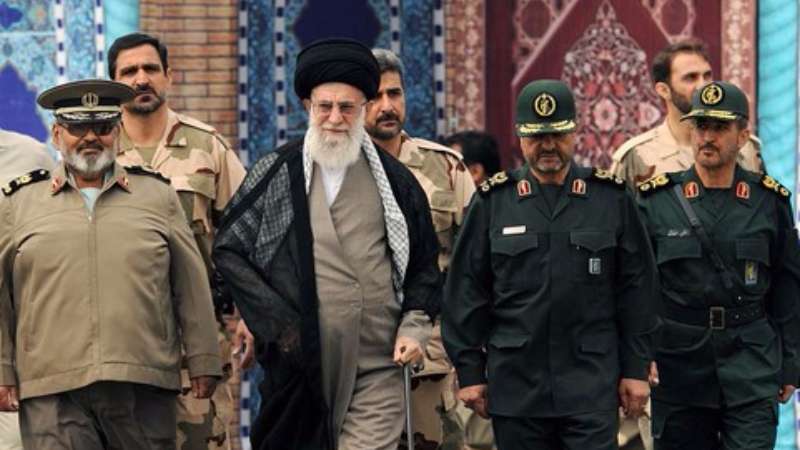 Orient Net - Middle East Online
Dictators are generally known for implementing repressive policies against their own people. Ayatollahs in Iran benefit a major additional characteristic. They have masqueraded themselves as representatives of the religion of Islam claiming their fundamentalist views are the teachings of Islam. This jobbery has given them tools to label their adversaries as enemies of God and Islam. It has also provided them the grounds to open their way into Islamic countries posing their regime as an alternative to inhabitants in conflict with their local administrations. It was in this path that Iran’s “missionaries” were followed by military advisers such as General Qassem Soleimani, and other commanders of Iran’s terrorist Quds force. Decades of such cultivation on lands irrigated by appeasement and unstable benefits of western governments led to the existence of Houthis in Yemen, Hizbollah in Lebanon, Nouri Maleki in Iraq and finally support for Bashar Al Assad in Syria. Bloomberg news agency reported Iran spent billions of Dollars annually on supporting the Assad regime in Syria.
In Syria With the aid of Russian airstrikes, Iranian-backed foreign fighters, and forces of Syrian dictator Bashar al-Assad were on the march. Iran became the ground army fighting to save its embattled ally Bashar al-Assad, while Russia became his air force. Yet Iran and its proxies have taken some significant high-ranking casualties since the start of their recruitment and deployment efforts to Syria. So far, they’ve lost third lieutenants all the way up to generals. The deaths are starting to bring about questions that what Iran’s “revolutionary guards”- IRGC- are doing there.
Both Russia and Iran have supported Bashar al-Assad’s regime, naming them close allies. But they have considerably different motives for their support–motives that make their cooperation quite unstable. Assad’s fall would leave Iran isolated in the Middle East; Iraq would be its only regional ally. Iran needs him as Syria’s leader if it wants to be a regional power. Russia’s Syrian involvement is based on different geopolitical principles. Russia is trying to protect authoritarian regimes from Western military interventions. When Russia began air operations in Syria on Sept. 30, the idea was to provide forces loyal to Assad with air support to push back rebel forces that have been fighting the regime for four-and-a-half years.
The military intervention in Syria is set out in an agreement between Moscow and Tehran that says Russian air strikes will support ground operations by Iranian, Syrian and Lebanese Hezbollah forces, said one of the senior regional sources.
TThe alliance, however, does not seem to be solid. Deep distrust, economic competition and conflicting ideological agendas are three tensions that make the Russia-Iran alliance quite unstable. These tensions could create a division amongst the pro-Assad forces in Syria. Ruslan Pukhov, a member of Russia’s Defense Ministry's public advisory board said. “Things on the ground are not going well — Assad's Army is tired, the Iranians are not very skilled and the rebels they are fighting are quite experienced”.
Heavy losses also created disappointment on the Iranian side. “The northern friend who came to Syria to provide military support recently did so to serve its interests,” said Major General Mohammad Ali Jafari, IRGC Chief Commander. He added that Moscow “may not care if Assad stays as we do”.
The London-based daily Asharq Al-Awsat reported Iran has started to withdraw its elite Revolutionary Guard Corps (IRGC) forces from Syria.
Among the reasons for the retreat is the heavy losses suffered by Iran during the two months since Russia has begun conducting military operations there. A Free Syrian Army officer who’s been snooping on the local communications stated that tensions between the Russians and Iranians have been mounting, due to daily casualties incurred by Iran, as a result of the Russia’s pushing for increased ground operations.
A Russian news agency reported on December 15th that the loss of a significant number of Iran’s IRGC commanders in Syria made this regime to lessen its military forces in this country. The report said Iran has reduced its forces from 7000 to 700.
On Dec, 11th, Bloomberg quoted American military officials that they have witnessed considerable number of IRGC forces in recent weeks retreating from the combat zones in Syria.