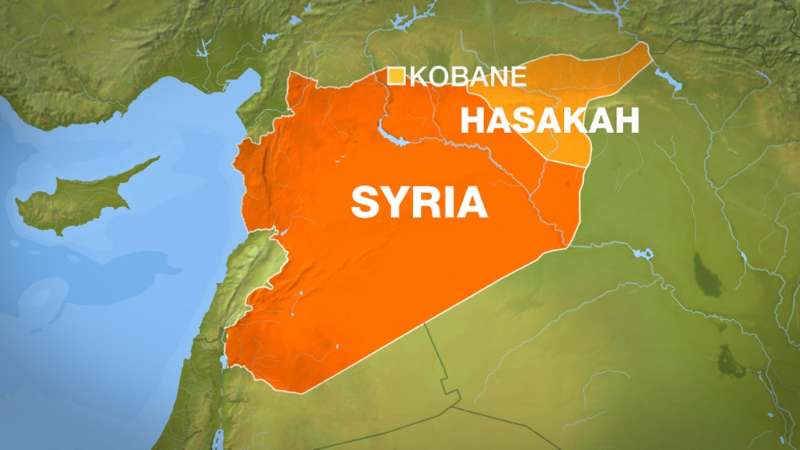 Kurdish and Arab Syrians form political wing to fight against ISIS
__new_Underarticle_image_EN__
Orient Net - Agencies
A Kurdish-Arab coalition fighting ISIS  has announced the creation of a political wing after a two-day conference in al-Malikiyah town, in Hasakah province in the north east of Syria.

The formation of the Syrian Democratic Council was approved on Thursday at the meeting, which was attended by the Democratic Union Party (PYD), the largest Kurdish group, and its armed wing, the YPG.

Some observers noticed that this step was a reaction by  PYD being not invited to a separate Syrian opposition meeting that ended in the Saudi capital, Riyadh on Thursday.