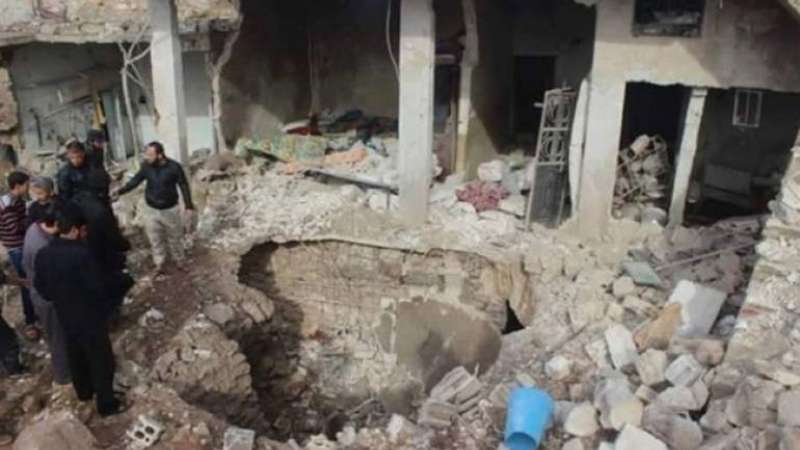 Relentless targeting of hospitals by Assad regime requires creative solutions.
__new_Underarticle_image_EN__
Orient Net - Yasser Ashkar
Doctors in the northern countryside of Hama have resorted to treating their patients underground after their local hospital was destroyed by the Syrian regime’s bombardment. The underground hospital, which has the appearance of a cave, was established as an alternative place to treat wounded patients, both civilians and members of the military.
A news agency video broadcast of one of the hospital’s cave-like rooms showed normal hospital activities such as a doctor examining a patient in his bed and x-rays being taken of another man’s back.
The doctor, who preferred to remain anonymous, talked about how most of the traditional hospitals have been destroyed by bombardment and how this one is protected because it is underground. He also said that the hospital is capable of meeting the needs of 400,000 local and displaced people and that medical staff have been working steadily for going on two months now.
The hospital has two sections; a wing for surgery and an orthopedic unit, and another wing that houses in-patients, an intensive care unit, a gynecology unit and a laboratory. But the hospital is also in need of more advanced diagnostic equipment such as MRI, ultrasound and laparoscopy.
As the Assad regime continues to implement its strategy of depriving people in areas outside the regime’s control of essential services and medical care, through the targeting of medical workers, hospitals and clinics, the importance of alternative hospitals like this one in Hama countryside will continue to grow.