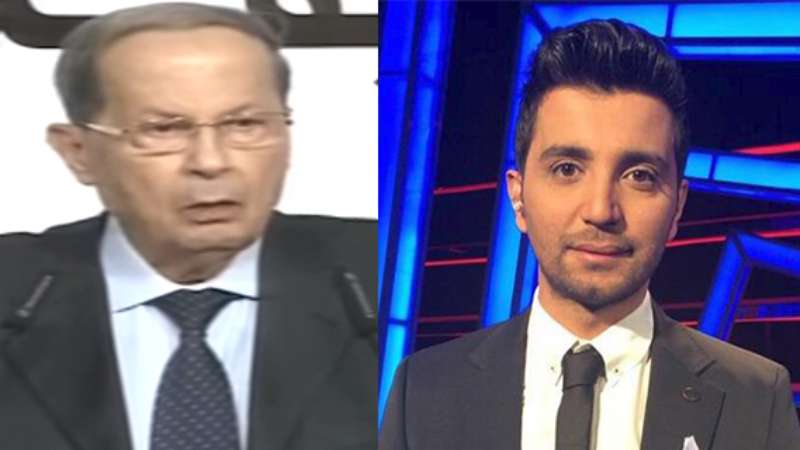 Aoun (left) and Joe Maalouf
Orient Net - Special
Lebanese General and MP Michel Aoun went out of his way in a press conference and used four letter word to describe LBC TV presenter Joe Maalouf in a response to the latter's comments in one of his TV programs.
All what Maalouf asked for in the TV program was that officials need to present documents to explain their sudden fortunes.
His "crime" was mentioning as an example Jubran Basil, the Lebanese foreign minister and most importantly Aoun’s son-in-law.
Many TV Lebanese presenters direct tougher questions to Lebanese officials, but no such bad words were used to describe them.
Almost every day there is a call by Lebanese media people to kick the Syrian refugees out of Lebanon. The same presenter defended a group of Lebanese men when they abducted female Syrian refugees, and no one heard General Aoun rebuke or even contest, let alone use the four-letter word, to insult that TV. presenter.
Aoun is a close friend of Hezbollah, and its only candidate for the Lebanese presidency whose seat has been empty for over a year now. Hezbollah says if Aoun is not the president, there will be no president. Aoun is also a defender of the Assad regime. Aoun does not mind Iran's interference in Lebanon and the Arab world.
Aoun claims to be always right just like the fanatics he is taking side with.