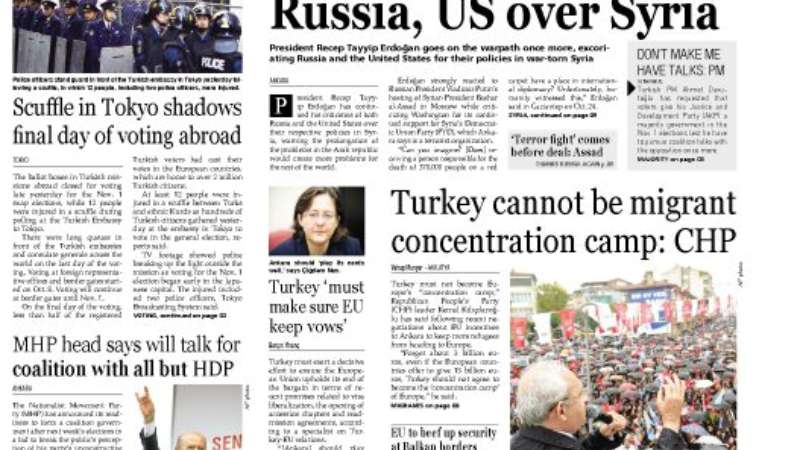 News analysis/ yahya Alaridi
Turkish Hurriyat Daily News quoted Turkey’s main opposition party leader Kemal Kılıçdaroğlu as saying "even if the European countries offer to give 13 billion euros, Turkey should not accept becoming the ‘concentration camp’ of Europe". He added that the Europeans are telling Turkey: "‘we will give you the money, you will keep the Syrians. "
It is worth mentioning herein that Syrians have not selected to be refugees in anyone’s land, nor to be a bargaining chip in the hands of competing parties in the Turkish elections, nor have they chosen to be part of the bargaining process between the European Union and turkey to be exchanged for money. Recalling Jews and concentration camps by Mr. Kılıçdaroğlu is both humiliating to Syrians and to Turkey which is hosting over two million Syrians respectably. Mr. Kılıçdaroğlu should have pointed out that those two million Syrians ran away from the Assad regime's holocaust and concentration camp; and the party that took care of them is Turkey. Mere Survival has turned into a precious commodity for Syrians. To use them in internal politics is very much ill-advised. Syrians wish the best of luck for candidates hoping that this burden or inconvenience they have caused to others would come to an end.
As for Europe, the Syrian refugee issue is a purely Syrian tragedy; it is not a European problem. Let the Europeans keep their money for themselves. They can help if they want just by looking into the source of the problem (the Assad regime's barrel bombs, starving people and besieging them) not at the superficial outcome of a human tragedy.
Finally, as for concentration camps, Syrians could not qualify to be like the Jews of Germany or Europe, simply because this world in particular Europe and the United states failed to treat or look at Assad as Hitler.