Busting the myth of Assad’s army 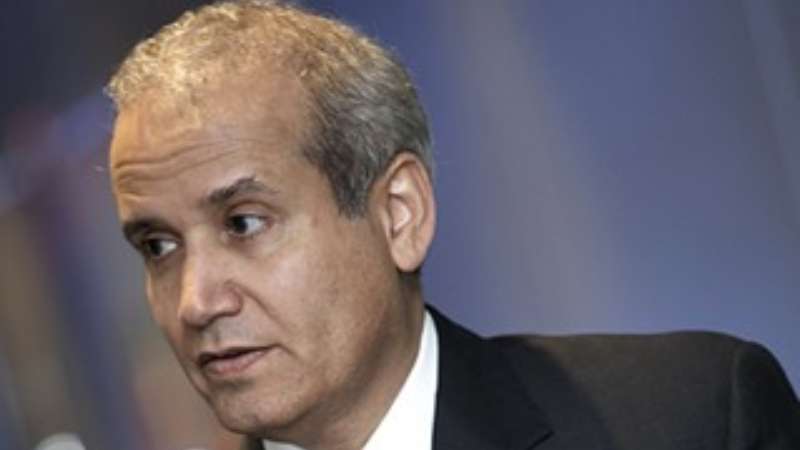 ABDULRAHMAN AL-RASHED
Statements on the Syrian Arab Army have resurfaced, and there have been recent Russian and Syrian reports on the army’s battles against the opposition in Syria. In reality, the armed group these reports refer to is made up of a mixture of foreign powers who are carrying out most of the fighting in Syria on behalf of the Syrian regime.
These foreign parties mainly include members of Hezbollah, Iraqi League of the Righteous and the Iranian Quds Brigade. They also include Afghani Shiite Fatimid militias and others who have been recruited and trained to serve the Iranian regime’s agenda in the Middle East. These are the parties comprising the Syrian Arab Army. This is the army the Syrian official statements have recently referred to.
The Russian foreign minister once taunted the Free Syrian Army, asking for its address to write to it. He did so to voice doubt it actually exists and to imply that those fighting Bashar Assad are terrorists and that everyone who belongs to the opposition is actually affiliated with Daesh and Al-Qaeda. Two days ago, the Russian envoy to Saudi Arabia described the Syrian opposition as fragile. The Saudis confidently responded to that by asking Moscow to point to the Syrian Arab Army, which they claim to be supporting on ground.
For more than a year and a half now, military experts have confirmed that there’s no trace of this army as many have either defected from its ranks since the revolution erupted or have been killed during the war. This is in addition to the fact that many of those who have continued to serve in the army have been marginalized because most of them are Sunnis whose loyalty to the regime is doubted, and are hence supplied with little amount of fuel and ammunition as the regime fears they may defect and escape to the opposing camp.
The Syrian regime has thus filled the vacuum by resorting to popular forces for defense — as per the Iraqi way. However, this did not yield any fruitful results as most of these forces are not trained and are mainly formed of youths who belong to minorities, such as the Alawite sect to which Assad belongs. Most of these forces’ members have preferred to escape military service and many of them have thus fled Syria.
Today, the Syrian Arab Army, or Assad’s army, is mostly formed of forces, which are gathered and managed by Iranian military leader Qassem Soleimani who spoke of the presence of 100,000 fighters that were brought to Syria to defend the Assad regime.
The opposition Free Syrian Army includes different parties and factions, and most of them are moderate and patriotic, and although it also includes religious extremist parties, none of these opposition parties include foreign fighters.
The FSA was mainly born as part of the Syrian opposition project, which comes under the umbrella of the political coalition council that includes all of Syria’s religious and racial components. Sunnis, Kurds and Christians have served as its chiefs and its leaders include Alawites, Druze, Turkmen and others. However, Assad whom the Russians and the Iranians defend, no longer represents anyone, not even his small Alawite sect.
There are in fact Syrian traffic police in Damascus; however, there’s nothing called “the Syrian army” in the sense, which the Russians keep mentioning. Even their Iranian allies avoid using the term “Syrian army” as they consider themselves Syria’s armed forces.
When the different parties, i.e. the Gulf, Turkish, Russian, American and European governments, who are involved in the struggle in Syria talk about the future role of the Syrian army and security forces, they mean symbolic concepts of the state’s official institutions. There are now a few thousand soldiers and a few hundred officers and generals left in the Syrian army, which was once made up of around 250,000 soldiers.
It’s not only the Syrian army, which has evaporated. During the past four years of the war, the structure of the security forces’ institutions and intelligence apparatuses, which were once described as among the strongest in the world, have been destroyed. Therefore, the Russians and Iranians must not try and paint a false picture regarding what’s happening in Syria. The truth is no longer a secret due to the several parties fighting there. There is currently no state, no system, no legitimate president, no security forces and no army in Syria.
Above all, we are aware that the Iranians, and not the Russians, are the biggest winners from a Russian involvement in Syria, which is mainly targeting Syrian opposition forces and not terrorists.
The Russians are trying to create a balance by eliminating the armed Syrian national opposition so the world, including Turkey and Gulf countries, is forced to support the so-called regime in Damascus in order to fight terrorist groups. This is the result which will finally serve the interest of Iran who, by then, will have seized Iraq, Syria and Lebanon and also have dangerous influence in the Gulf region