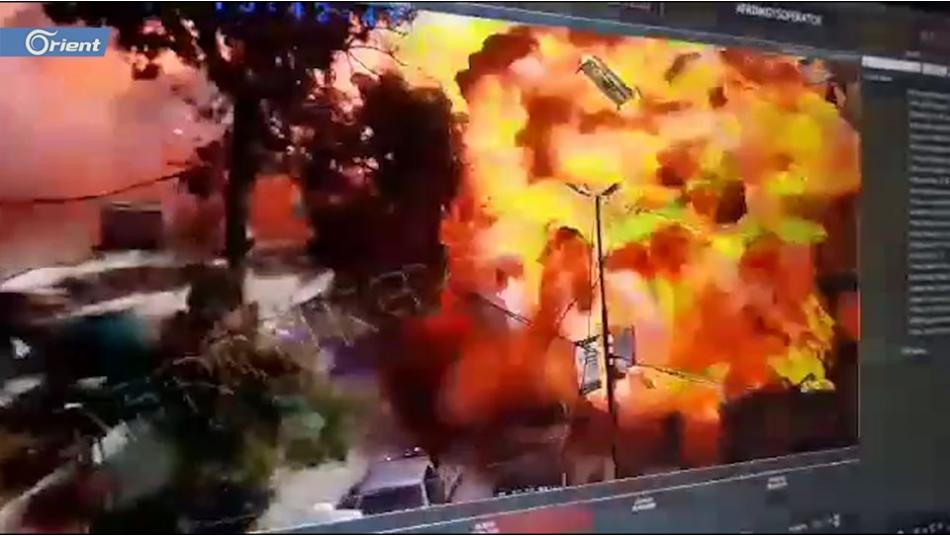 11 children among 40 civilians killed as car bomb rips through Syria’s Afrin
__new_Underarticle_image_EN__
Orient Net
An explosion ripped through Afrin city in Aleppo countryside on Tuesday (March 28) killing and injuring dozens of civilians, Orient correspondent said.
A bomb-laden fuel tanker exploded in Rajo street in in Afrin city, killing 40 civilians, including 11 children and injuring 47 others, White Helmets and Turkish Defense Ministry said.
Many buildings were damaged in Rajo Street where the fuel tanker exploded, and medical personnel took the wounded to hospitals in the center of Afrin.
Activists in northern Syria urged people in Afrin city to head to hospitals and donate blood. The death toll could rise further as some of the wounded were in critical condition.
__new_in_first_article1__
The ministry said the injured are being treated in hospitals in Syria's Afrin and Turkey's Hatay provinces.
Security forces in southern Turkey caught a suspected PKK member who delivered a vehicle packed with bombs set to explode, the governorship of Hatay said.
Earlier this month, a landmine, planted by PKK militiamen, exploded as a local shepherd was reportedly grazing his herds at a farm.
Several explosions have blasted the densely populated opposition-held areas in northern Syria, including areas controlled by the Turkey-backed opposition factions.