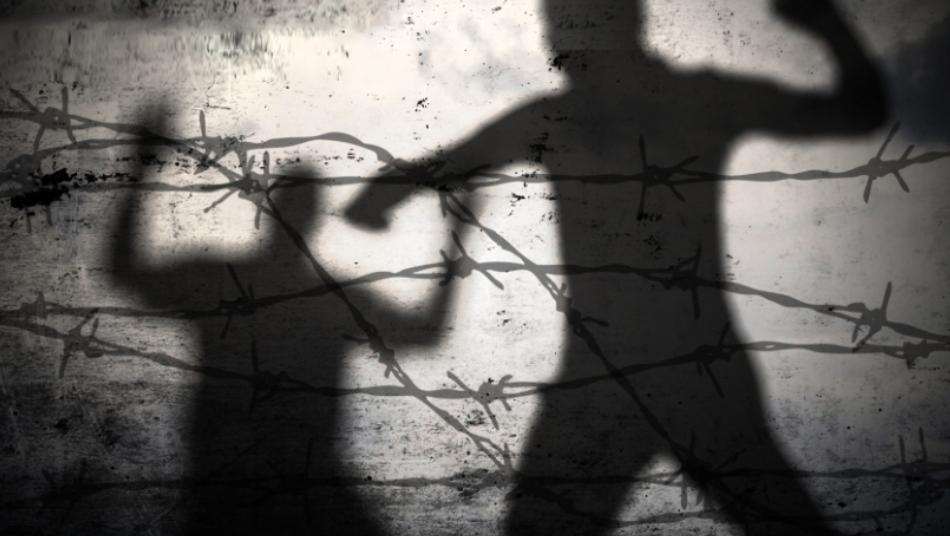 SNHR File Photo
__new_Underarticle_image_EN__
Orient Net
Anwar Raslan and Eyad al-Gharib thought they had escaped Syria’s war when they fled to Germany and applied for political asylum. But unlike most of those seeking refuge, they had once been part of the Assad regime’s machinery of oppression.
When the conflict began, both men were members of the notoriously vicious intelligence service, which arrested, tortured and killed protesters and opposition figures. But both defected from the regime, and they seemed to have thought that would protect them from their past.
On Thursday Raslan and Gharib will appear at a regional court in the south-western German town of Koblenz, the first trial for war crimes in Syria since the start of the conflict nine years ago.
Raslan, 57, is charged with crimes against humanity, rape, aggravated sexual assault and 58 murders at Branch 251, an intelligence unit with its own prison in Damascus, where he allegedly oversaw the torture of at least 4,000 people as a commanding officer between 29 April 2011 and 7 September 2012.
The indictment lists prisoners being hung from their wrists, electrocuted, beaten until unconscious and subjected to a method called dulab, or wheel, where victims were forced into a vehicle tyre and then hoisted up and beaten.
Eyad al-Gharib, 42, a more lowly official allegedly tasked with rounding up protesters, is accused of assistance to torture and murder in 30 counts.
Six Syrians who were tortured at Branch 251 have been given the right to appear at the court as co-plaintiffs, though travel restrictions introduced since the outbreak of the Covid-19 pandemic in Europe mean only three are expected to be present when the trial begins.
The Koblenz trial taking place because in 2002 Germany enacted the legal principle of universal jurisdiction for crimes against humanity, allowing the prosecution of serious crimes in its courts even if they happened elsewhere.
__new_in_first_article1__
A special war crimes unit at Germany’s federal criminal police was set up in 2003, initially investigating suspected genocides in the Democratic Republic of the Congo and the Yugoslav wars.
As thousands of Syrian refugees applied for asylum in Germany between 2015 and 2017, the unit received more than 2,800 tipoffs about crimes allegedly committed under the regime of Bashar al-Assad.
In the case of Raslan and Gharib, the initial tipoffs came at least partially from the men themselves. It appears that, when interviewed by German officials, they made little attempt to hide their part in the violent suppression of political dissent.
Raslan is understood to have deserted from the regime in 2012, after militias loyal to Assad carried out a massacre in his home town. He sought asylum in Germany in 2014.
Living at a refugee shelter in Marienfelde, Berlin, Raslan did not change his name, and he was eventually recognised by other Syrians, including opposition supporters and a prominent human rights lawyer.
Raslan appeared to have no fear of German authorities. According to reports in German newspapers, independently confirmed by the Guardian, Raslan entered a Berlin police station in February 2015 to request protection from Assad and Russian intelligence operatives he believed had followed him to a recent doctor’s appointment.
“He appeared to think there was nothing to it,” Christian Ritscher, an investigator for the German public prosecutor general in Karlsruhe, told the Süddeutsche Zeitung.
Raslan, who was probably already on the radar of the German war crimes investigators when he sought official protection, was arrested in February 2019.
__new_in_first_article2__
Gharib too gave German investigators more information than they had expected. When interviewed for his asylum application in Germany in the summer of 2018, he freely said that in Damascus he had helped round up protesters and people taking pictures of the protests on their phones, who were transported to Branch 251.
He claimed to have deserted in January 2012 because he had been asked to kill civilians, and because three of his colleagues had died in skirmishes near Damascus.
His knowledge of the secret police’s procedures led to him being taken in for further questioning, initially as a witness. But he was reclassified as a suspect after revealing extremely detailed knowledge of torture methods, including the use of kettles to burn victim’s backs and the breaking of detainees’ legs with iron bars to stop them taking part in future demonstrations.
A legal complaint about the interview procedure led to Gharib briefly being released, but this was rejected by the federal high court last June. The fact he did not try to flee from German authorities in the meantime is likely to count in his favour at trial.
Whether Raslan and Gharib will plead guilty or not guilty is unclear. The pair are being represented by separate defence lawyers, who have both declined to comment on their strategy.
In the courtroom, the two Syrians’ role in the regime’s torture apparatus will be weighed against their decisions to defect. If it comes to sentencing, “the court will also have to take into account what these men did after taking part in human rights abuses”, said Patrick Kroker, a Berlin-based criminal lawyer working with some of the co-plaintiffs in the case.
The hope among the Syrian diaspora is that the trial, which could last two to three years, will not just test the guilt of two individuals but also lay bare the workings of a violent system that suppressed and murdered thousands of civilians.
Based on the Guardian