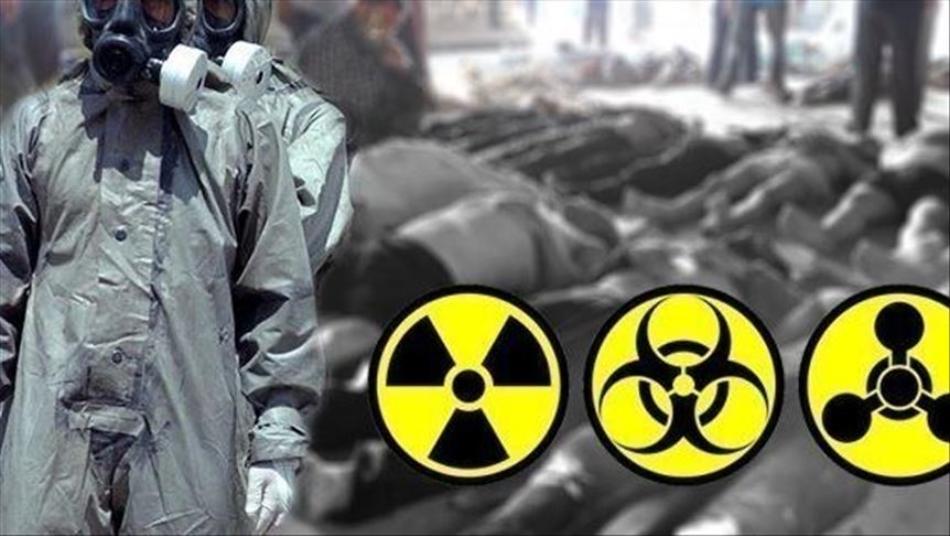 Orient Net
The British government on Thursday (April 9) welcomed a report by the international chemical weapons watchdog on the use prohibited chemical weapons by Assad regime in Ltamenah in March 2017.
“These appalling attacks were part of a wider pattern of sustained chemical weapons use by Assad’s regime against his own people,” Foreign Secretary Dominic Raab said in a statement.
Raab, who is deputizing for Prime Minister Boris Johnson following his admittance to hospital with persistent coronavirus symptoms, said he was grateful for the “thorough efforts” of investigators for the Organization for the Prohibition of Chemical Weapons (OPCW).
“The UK will continue to work tirelessly with its partners to ensure that Assad’s chemical weapons use is addressed and those responsible are held to account,” he said.
“The use of chemical weapons is an international crime and can never be justified.”
A Foreign and Commonwealth Office statement attached to Raab’s remarks said:
The report concludes there are reasonable grounds to believe in three separate chemical weapons attacks in Ltamenah in March 2017, units from the Assad regime Air Force were responsible for using sarin on two occasions, and chlorine on the third.
It said the “conclusions leave no doubt that the Assad regime is in breach of its obligations under the Chemical Weapons Convention.”
It noted that Assad regime has also failed to comply with United Nations Security Council Resolution 2118, which demanded the complete destruction of Syria’s chemical weapon stockpile and production facilities.
The recent report “adds to the evidence produced by previous UN-mandated investigations that found Assad regime to have used chemical weapons against his own people on at least four separate occasions.”
“The UK calls all states party to the Chemical Weapons Convention, the UN Security Council, and other bodies to respond decisively and hold those responsible to account,” it said.
Based on AA