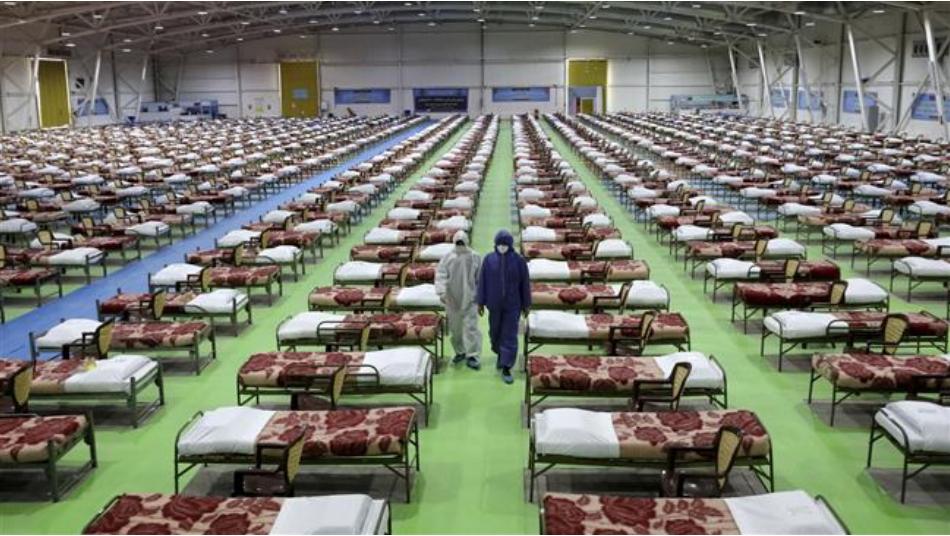 A temporary hospital for coronavirus patients at an exhibition center in Tehran
Orient Net
Amnesty International says it believes more than 30 prisoners have been killed by Iranian regime’s security forces amid rioting over fears of contracting the coronavirus.
Thousands of inmates in at least eight prisons around Iran have staged protests in recent days over their fears about potentially contracting the virus while incarcerated, sparking "deadly responses" from prison officers and security forces, the London-based human rights watchdog said on Thursday (April 9).
Citing credible sources including relatives of the prisoners, the statement said live ammunition and tear gas were used against protesters at several correctional facilities, killing around 35 prisoners and injuring hundreds of others.
In at least one prison, those taking part in protests were beaten by security forces, possibly leading to the death of an inmate, it added.
"It is abhorrent that instead of responding to prisoners’ legitimate demands to be protected from COVID-19, Iranian authorities have yet again resorted to killing people to silence their concerns," said Diana Eltahawy, Amnesty International's deputy regional director for the Middle East and North Africa.
Eltahawy said security forces should immediately be "instructed to cease the use of unlawful lethal force, and to refrain from punishing prisoners calling for their right to health."
She also called for an independent investigation into "the torture and deaths in custody."
About 100,000 prisoners have been granted temporary release in the country, one of the hardest hit by the COVID-19 outbreak. Health officials said on April 9 that 66,200 people had tested positive for the virus, with some 4,110 deaths recorded.
Based on RFE, AP and AFP