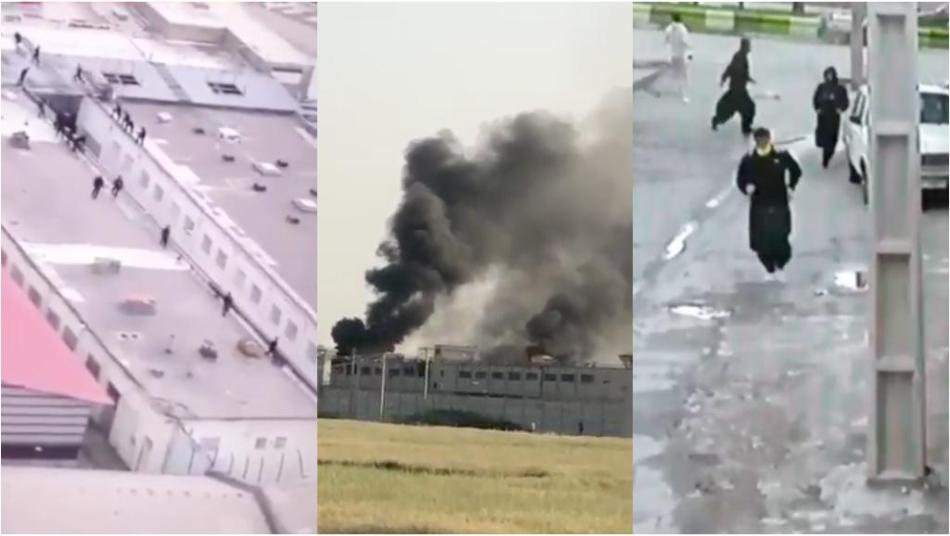 Orient Net
Despite the announcement that it has temporarily released more than 100,000 prisoners to stem coronavirus infections, Iranian regime has seen riots in at least 10 prisons in the last three weeks. Prison sources told the France 24 Observers of lack of basic hygiene measures like soap and water, and anger among inmates unable to afford high bail prices.
Iranian regime media have reported riots at numerous prisons, noting one death - in Khorramabad in western Lorestan province on March 19 - and a total of 97 escapes.
But human rights activists say dozens of prisoners have died in coronavirus-related rioting. A photomontage posted on an Iranian activist website April 3 listed the names of 10 prisoners said to have died in the rioting, along with their photos, and in some cases photographs of their funerals.
All but one of the 10 were said to have died in rioting March 30-31 at two prisons in the city of Ahvaz, in southwestern Khuzestan province. While the province’s police chief told the media March 31 that no prisoners had died, a prison source told the France 24 Observers that families counted 38 body bags from the two prisons at a city morgue.
Iranian regime had announced March 3 it was temporarily releasing tens of thousands of prisoners in a bid to stem transmissions of the virus in prison. On March 27, Asghar Jahangir, head of Iran’s Prisons Organization, said more than 100,000 prisoners had been granted furloughs, around 40% of Iran’s estimated 240,000 prisoners.
The prison source told the Observers that only a handful of prisoners at the two Ahvaz prisons had been granted furloughs, because most could not afford the high bail amounts.
Iran April 6 reported a total of 60,500 coronavirus cases, and 3,739 deaths. While no official death toll has been announced inside prisons, activists say at least 10 inmates have died of the virus.
Based on France 24