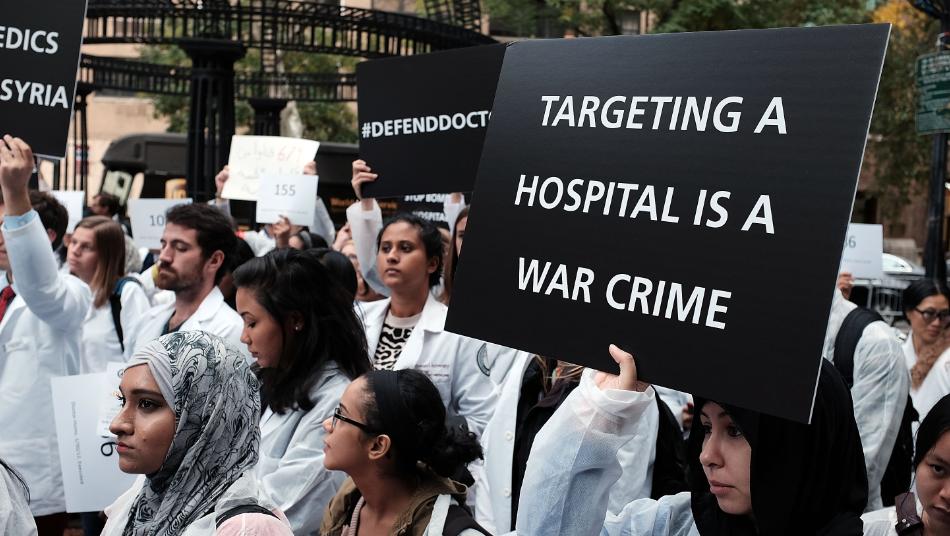 PHR File Photo
__new_Underarticle_image_EN__
Orient Net
The United Nations Secretary-General’s summary of the Board of Inquiry (BOI) report published today into attacks on UN-supported or deconflicted facilities in northwest Syria falls far short of delivering new information or holding perpetrators accountable, Physicians for Human Rights (PHR) said in a press release issued on Monday (April 6).
The BOI, which analyzed seven attacks on hospitals, schools, and internally displaced camps in northwest Syria committed in 2019, failed to recognize the extensively-documented strategy of war by the Assad regime and Russian government: bomb hospitals, kill health workers, and decimate the health system in opposition-held areas of the country.
From the start of the conflict in March 2011 through February 2020, PHR has corroborated 595 attacks on at least 350 separate health facilities and documented the killing of 923 medical personnel. PHR research attributes 90 percent of these attacks to the Assad regime [Syrian government] and its allies, including the Russian government. 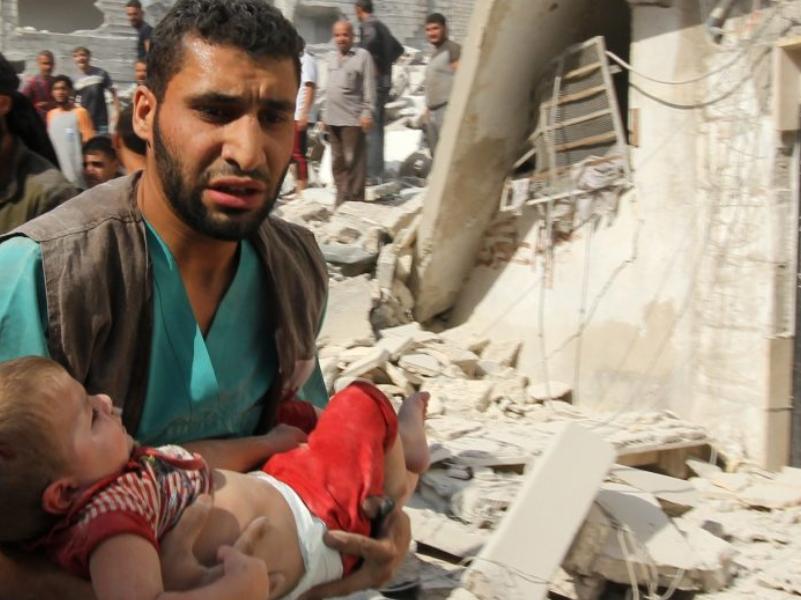 The UN Secretary General’s extremely limited investigation was doomed from the start. It failed to account for the overwhelming evidence that the Assad regime and Russian government have executed a consistent and brutal strategy of bombing hospitals, schools, and civilian sites. For more than nine years, they have systematically targeted hospitals and health workers. The summary of the BOI report doesn’t yield any new insights, nor does it account for this larger context, Susannah Sirkin, PHR director of policy said.
The fact that the Suqaylabyah incident was dropped from the already narrow list of four medical facilities being looked into is a lost opportunity and points to the haphazard manner in which the list of incidents was compiled. That the facility was not deconflicted or UN-supported should have been known to the Board at the outset, he added.
__new_in_first_article1__
“However, the BOI summary confirms the other three hospitals under investigation were indeed providing health services at the time of attack. These facilities, like many others that were targeted over the years, had not lost their protected status under international humanitarian law – in contradiction of the blanket denials by the Assad regime and Russian government that they never attacked facilities that were functioning, Sirkin said.
Since the Secretary-General launched this probe in September 2019, Physicians for Human Rights (PHR) has documented 11 attacks on as many health facilities in Idlib and western Aleppo. Clearly, the Security Council has failed to end this brutality, and the investigation itself did nothing to curb the attacks. Russia and Assad regime have continued to flout international law with horrific results, Sirkin added.
It is quite telling that the Assad regime has refused to cooperate with most United Nations investigative or accountability mechanisms. Investigators with the BOI were refused access to the sites they were tasked to investigate. While this certainly impacted their ability to gather evidence, there is plenty of documentation from other mechanisms, civil society, and media into other attacks within the same period and geographical area, the statement added.
While the Board of Inquiry report does not appear to have made progress toward ending these heinous crimes, PHR reiterates its call for criminal accountability and prosecutions of the perpetrators of attacks on health facilities and personnel, the statement concluded.
In September, Physicians for Human Rights (PHR) said that the United Nations Secretary-General’s newly-formed Board of Inquiry (BOI) to investigate attacks on UN-supported facilities in northwest Syria will not provide an adequate degree of desperately needed protection for civilians in that area.
Physicians for Human Rights (PHR) is a New York-based advocacy organization that uses science and medicine to prevent mass atrocities and severe human rights violations.