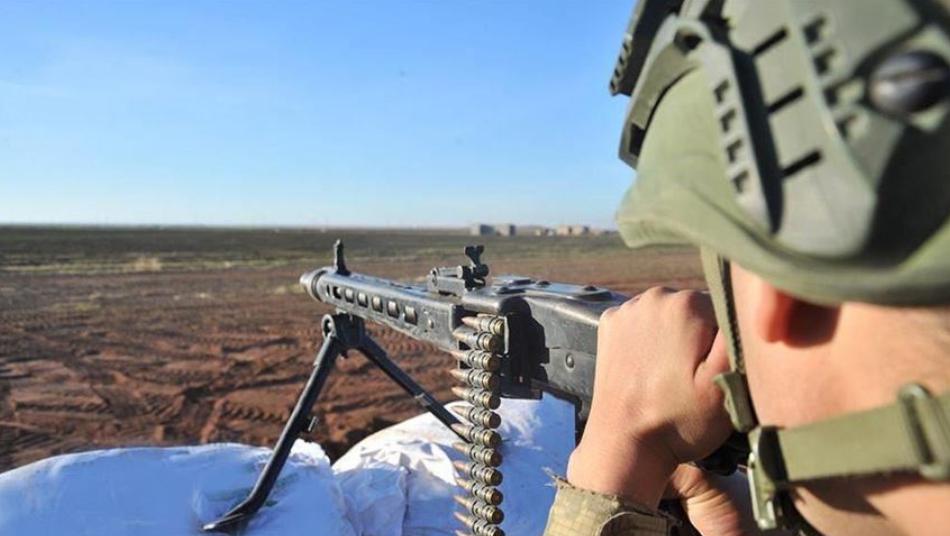 Turkey neutralizes 9 PKK militiamen in northern Syria
__new_Underarticle_image_EN__
Orient Net
Turkish security forces have "neutralized" a total of nine PKK militiamen in northwestern Syria, the National Defense Ministry said on Tuesday (April 7).
"One PKK/YPG terrorist was neutralized after harassing fire at the Operation Euphrates Shield zone, while the other eight terrorists were neutralized by our gallant commandos for attempting to infiltrate the Operation Peace Spring zone," the ministry said in a tweet.
Turkish authorities often use the word "neutralize" to imply the terrorists in question surrendered or were killed or captured.
__new_in_first_article1__
Earlier in April, Turkish security forces neutralized more than 55 PKK militiamen in northern Syria.
Since 2016, Turkey has launched a trio of successful anti-terrorist operations across its border in northern Syria to prevent the formation of a terror corridor and enable peaceful settlement by locals: Euphrates Shield (2016), Olive Branch (2018), and Peace Spring (2019).
Based on AA