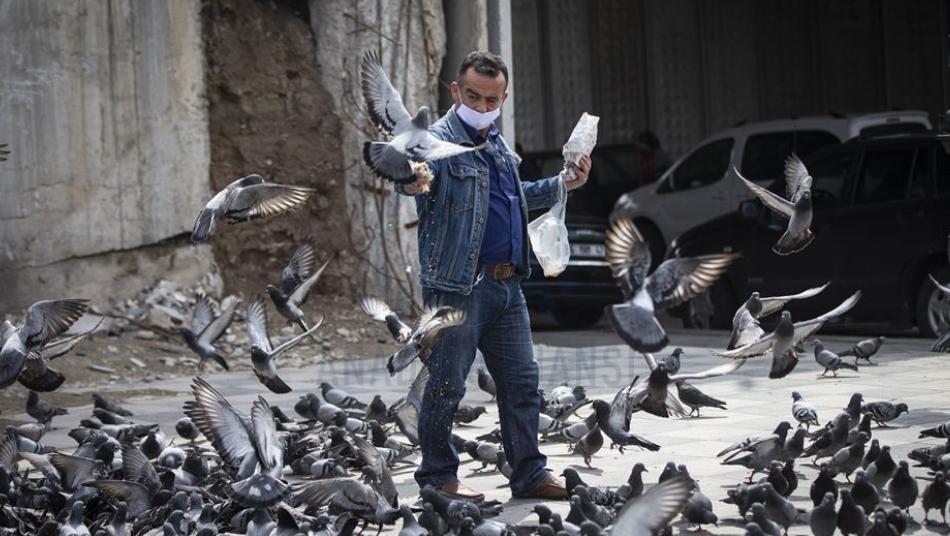 Turkey announced new confirmed cases of the novel coronavirus on Monday (April 6) evening as it continued efforts to curb its spread.
Health Minister Fahrettin Koca said 3,148 more people have been diagnosed with the virus, bringing the total number in Turkey to 30,217.
So far, a total of 1,326 patients have recovered and been discharged from hospitals, while 1,415 patients are currently under intensive care units, the data shows.
Also, 21,400 tests were conducted on Monday, and the number of overall tests carried out so far reached 202,845.
__new_in_first_article1__
"The daily tests will reach 30,000 soon. The rate of increase in the number of our recovering patients continues. The increase in the number of cases is low compared to the increasing number of tests," Koca said.
After emerging in Wuhan, China last December, the virus, officially known as COVID-19, has spread to at least 183 countries and territories.
The global death toll from the virus has reached nearly 1.3 million, with almost 71,000 cases confirmed worldwide, according to the World Health Organization.
Based on AA
قيم هذا المقال 22 0