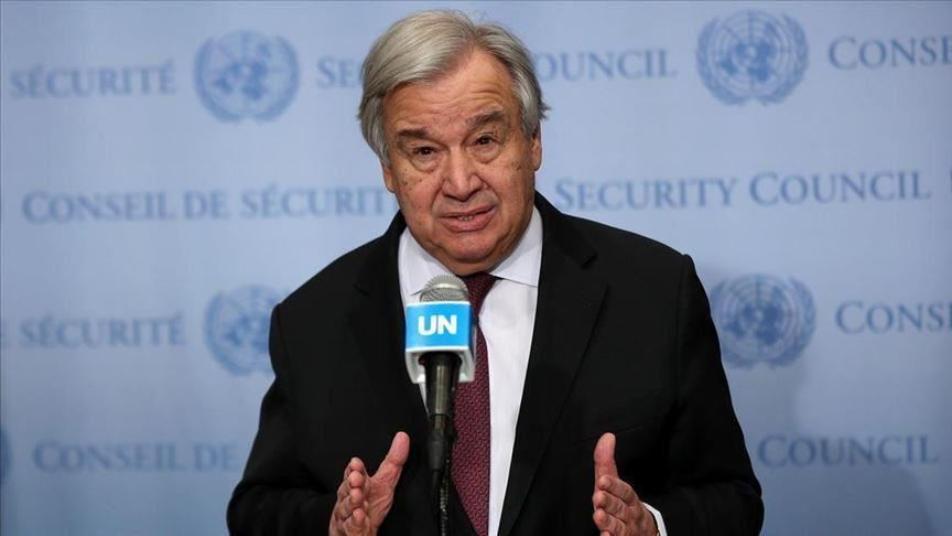 Orient Net
UN Secretary-General Antonio Guterres Friday (April 3) renewed his call for a global ceasefire, urging all parties to conflict to lay down arms and allow war-torn nations to combat the coronavirus pandemic.
Syria has witnessed ongoing tensions, even as the country has recorded some local COVID-19 cases that could prove too much for the country’s battered health system, Guterres said.
Guterres noted that the ceasefire in Idlib, Syria is holding but said it needs to be expanded to the entire country to allow full efforts to slow the coronavirus spread.
"The worst is yet to come," Guterres said, referring to countries beset with fighting like Syria, Libya and Yemen.
"The COVID-19 storm is now coming to all these theatres of conflict.
Guterres appealed for developed countries and multilateral institutions to do more to aide poorer countries face the pandemic.
"To act early rather than later is essential... This is particularly true with the developing world," he said.
He said that parties to conflict in a number of countries, including Cameroon, the Central African Republic, Colombia, Libya, Myanmar, the Philippines, South Sudan, Sudan, Syria, Ukraine and Yemen, have expressed support for his call.
"But there is a huge distance between declarations and deeds -- between translating words into peace on the ground and in the lives of people," Guterres said.
"In many of the most critical situations, we have seen no let-up in fighting -- and some conflicts have even intensified."
While expressing gratitude for support of his earlier call from some 70 countries, NGO groups and religious leaders worldwide including Pope Francis, Guterres said more concrete work was necessary.
Based on AFP, AA