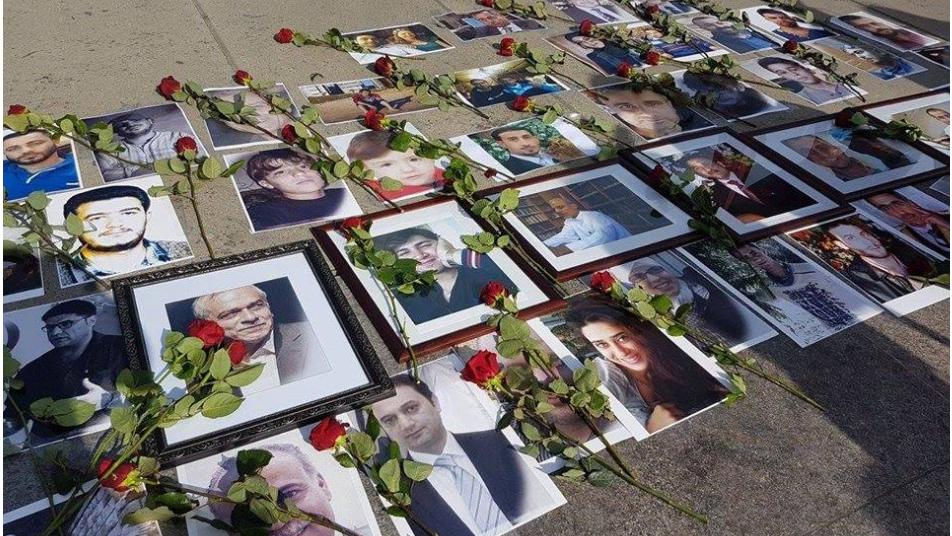 Families For Freedom (File Photo)
Orient Net
The UN human rights office on Friday (April 3) described as “alarming” the situation in all the prisons in Syria, especially the overcrowded central ones and also makeshift detention facilities, saying the risk of mass coronavirus infections is exceptionally high.
The Assad regime and armed groups were urged “to take urgent action – following the example of other countries – to release sufficient numbers” of detainees, said Rupert Colville, a spokesman for the UN High Commissioner for Human Rights.
Colville particularly noted the overcrowded central prisons and detention facilities run by the Assad regime’s four security branches, and military prison in Sednaya.
“Even before the onset of COVID-19, we have received a significant number of reports of deaths in the facilities run by the four security branches and in Sednaya, including as a result of torture and denial of medical care,” he said.
He said that vulnerable groups detained in Syria include elderly people, women and children, and many people with underlying health conditions, some of them directly as a result of the ill-treatment and neglect they have experienced while in detention.
“We continue to urge all countries to review who is being held and to take measures as soon as possible to ensure the physical distancing, necessary to prevent the spread of COVID-19, becomes feasible,” said Colville.
Colville noted that after rights chief Michelle Bachelet last week urged governments to reduce overcrowding in prisons to prevent catastrophic rates of COVID-19 infection, “we are encouraged to note that a number of countries have indeed been taking action on this front.”
He said Iranian regime, for example, had increased the number it is releasing, at least temporarily, to around 100,000 prisoners, about 40% of the entire prison population.
He said other countries had announced prisoner releases of varying numbers.
Such releases included specific at-risk groups such as pregnant women, people with disabilities, elderly prisoners, those who are sick, minor and low-risk offenders, people nearing the end of their sentences, and others who could safely be reintegrated into society.
Based on MEMO