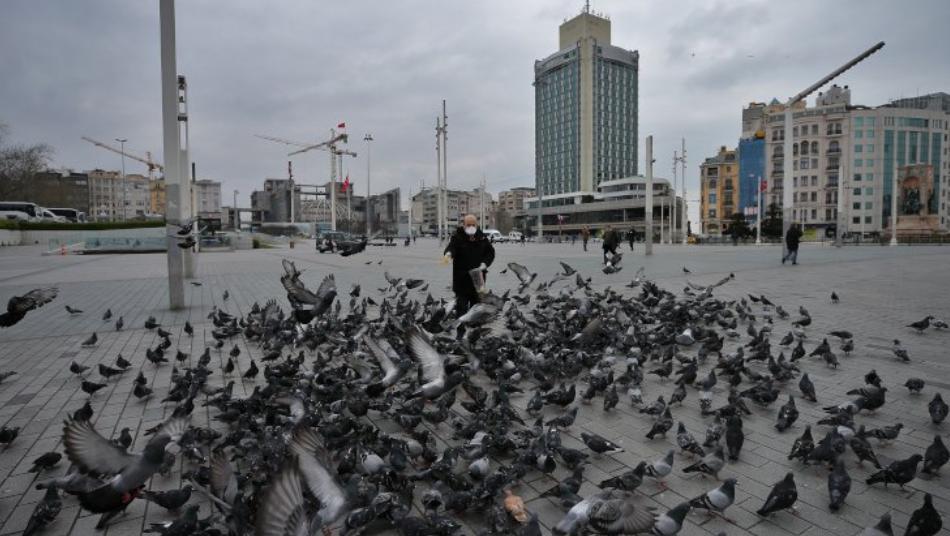 This photo shows Istanbul’s Taksim Square, which is normally one of the most crowded places of the city. (Duvar Photo)
Turkey on Friday (April 3) announced several strong new measures to stem the spread of the novel coronavirus, a pandemic which has killed thousands of people worldwide.
Recep Tayyip Erdogan, the Turkish president, announced a curfew restricting members of the public under age 20 from leaving their homes except if absolutely necessary.
He also announced a 15-day ban on vehicles leaving or entering 31 provinces, including Istanbul -- home to nearly one-fifth of Turkey’s population -- as well as the urban centers of the capital Ankara, Izmir, Bursa, and Adana.
__new_in_first_article1__
The wearing of face masks in crowded areas including stores is also now mandatory, said the president.
So far, Turkey has registered over 20,000 coronavirus cases, and the death toll stands at 425. A total of 484 people have fully recovered following treatment.
Data compiled by US-based Johns Hopkins University shows worldwide infections surging past 1 million, with almost 57,000 deaths. Over 223,000 people have recovered.
Based on AA
قيم هذا المقال