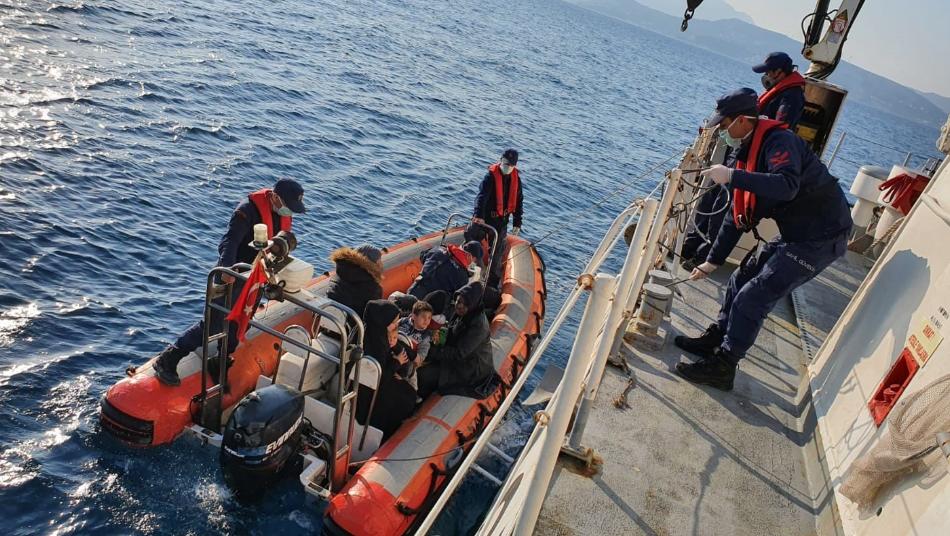 AA Photo
Orient Net
The Greek Coast Guard forced 26 asylum seekers Thursday (April 2) into Turkish territorial waters off the Aegean coast, where they were rescued by Turkey.
Ten Congolese, eight Syrians, six from the Central African Republic and two Afghans, including children were rescued from a rubber boat off the coast of Kusadasi district in western Aydin province.
Asylum-seekers told Turkish authorities that they moved to Samos Island two days ago and were caught by the Greek coast guard who put them into a rubber boat to be left at sea.
On Tuesday, the Greek Coast Guard forced 18 asylum seekers, including women and children into Turkish territorial waters off the southeastern coast, where they were rescued by Turkey.
On Saturday, the Turkish Coast Guard rescued 21 Syrian asylum seekers off the Aegean Sea.
Last week, Turkish Cypriot security forces rescued 175 Syrian asylum seekers off the coast of the Turkish Republic of Northern Cyprus (TRNC) from a floundering boat.
Turkey and Greece have been key transit points for refugees and migrants aiming to cross into Europe to start new lives, especially those fleeing war and persecution.
Late last month, Turkey announced that it would no longer stop asylum seekers from reaching Europe via land while banning boat crossings.
Turkey accuses the European Union of failing to keep its promises under a 2016 migrant deal.
Turkey currently hosts over 3.7 million Syrians, making it the world's top refugee-hosting country.
Based on DS