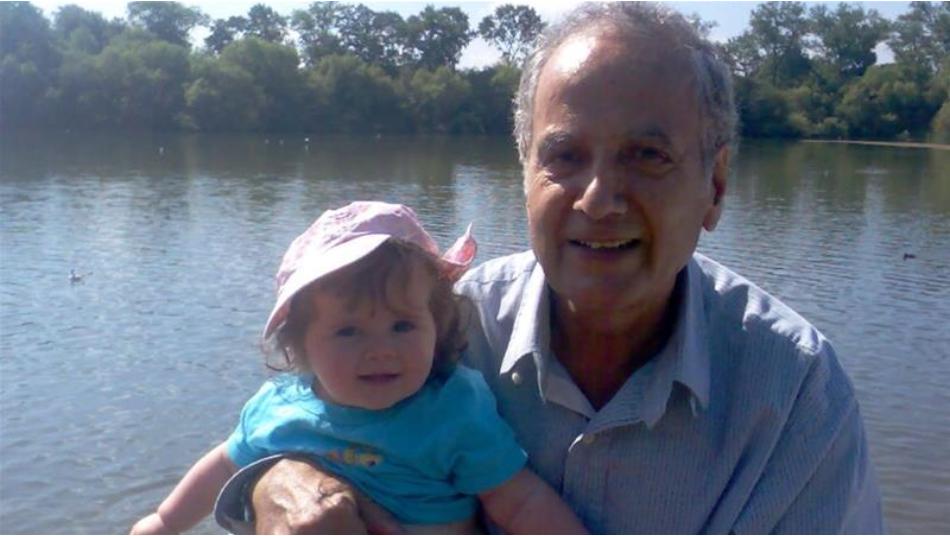 Kamal Foroughi with his granddaughter [Photo courtesy of the Free Kamal Foroughi campaign]
__new_Underarticle_image_EN__
Orient Net
Kamal Foroughi, an 80-year-old British-Iranian businessman who was arrested in Iran nine years ago, has returned to Britain, the UK Foreign Office said.
Foroughi was working as a business consultant when he was arrested in 2011 and convicted of espionage and possessing alcohol.
"I am pleased and very relieved that Kamal Foroughi has been able to return to the UK and be reunited with his family," Dominic Raab, Britain's foreign secretary, said.
"I pay tribute to Kamal and his family, who have been through a terrible ordeal, and now have the opportunity to rebuild their life together," Raab said.
Foroughi was released from detention in Tehran in late 2018, but he was unable to return to his family in Britain while waiting for his Iranian passport to be renewed.
__new_in_first_article1__
Rights groups celebrated Foroughi's return.
"It's long, long overdue but this is marvellous news," said Kate Allen, Amnesty International UK's director.
"We're delighted for Kamal and his son Kamran, who has fought a long and incredibly difficult campaign to get his father out of jail and safely back to the UK.
"We extend our best wishes to the Foroughi family and we now hope, of course, that other Britons like Nazanin Zaghari-Ratcliffe are similarly released from their unjust prison sentences in Iran and allowed to reunite with their families here in the UK."
Britain's Foreign Office said in March 2018 that it had raised Foroughi’s case with the Iranian regime. His family denied the charges against him.
Based on RFE