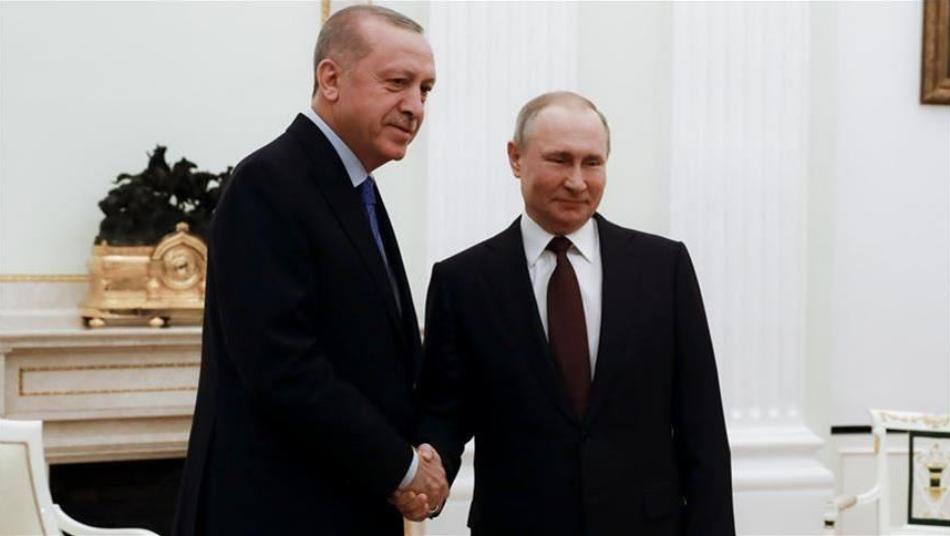 Orient Net
The Turkish and Russian presidents on Wednesday (April 1) discussed over phone Syria's Idlib and ways to combat the novel coronavirus, according to an official statement.
Recep Tayyip Erdogan and Vladimir Putin also discussed bilateral relations and regional issues, Turkey's Communication Directorate said.
The two leaders exchanged views on Syria's Idlib and the implementation of Turkish-Russian agreements signed on March 5, according to the Kremlin.
"Particular attention was paid to cooperation in repatriating Russian citizens who are in Turkey," said the written statement.
COVID-19 emerged in Wuhan, China last December and has spread to at least 180 countries and territories.
Based on AA