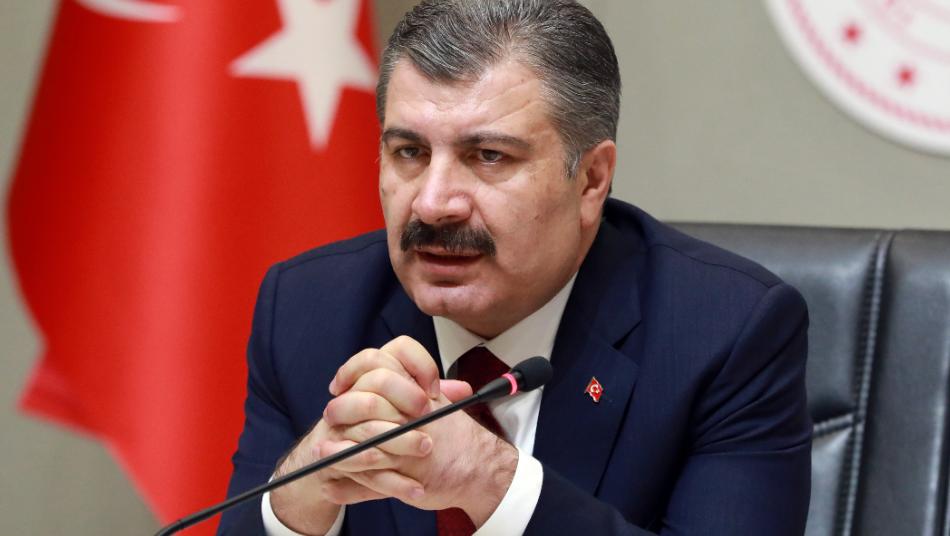 COVID-19 deaths in Turkey rose to 277 while total number of cases reached 15,679, Health Minister Fahrettin Koca said Wednesday (April 1).
Koca's remarks came during a press conference after the Science Council Meeting on the COVID-19.
The health minister said 14,396 tests were conducted since the previous update on Tuesday afternoon and 2,148 returned positive.
"This is a war regarding public health," Koca said.
Koca revealed provincial statistics for the first time, adding that there are positive cases in all 81 provinces as of today.
__new_in_first_article1__
Accordingly, Istanbul accounts for 60% of total cases in Turkey with 8,852 people, followed by Aegean port city of Izmir with 853 and capital Ankara with 712 cases. Central province of Konya (584), northwestern province of Kocaeli (410), southern province of Isparta (268), northwestern province of Sakarya (207), southern province of Adana (197), northwestern province of Bursa (135) and northern province of Samsun (112) were other provinces with high number of infections.
Koca said that 80 percent of all fatalities are ages 60 or above.
The minister noted that 601 health personnel are among those infected.
The virus has killed more than 44,200 people and infected over 887,000 globally, while above 185,500 people recovered from the disease, according to figures collated by the U.S.-based Johns Hopkins University.
Based on DS
قيم هذا المقال 13 0