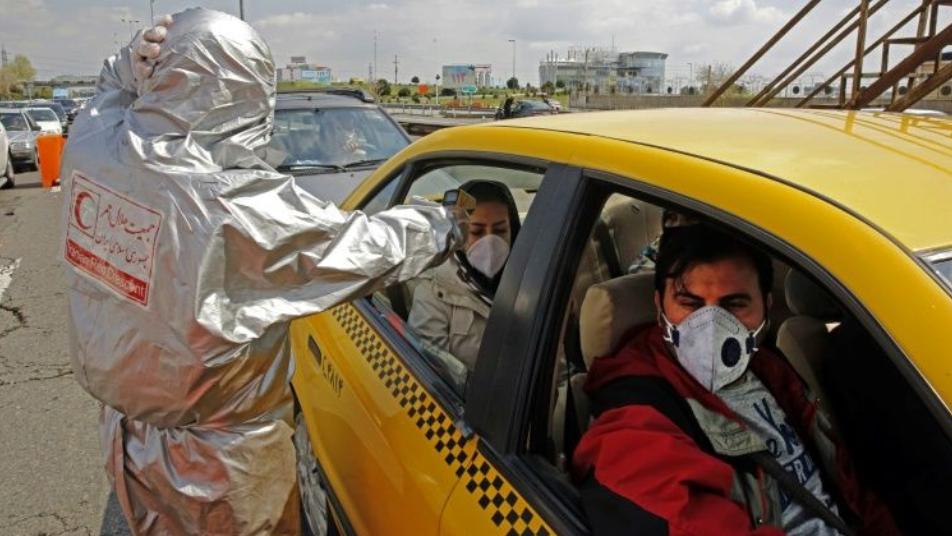 Iran is battling the world's deadliest coronavirus outbreak after Italy, Spain and China (AFP Photo/STR)
Orient Net
Iran announced Saturday (March 28) that 139 more people had died from the novel coronavirus, raising the official death toll to 2,517 in one of the world's worst-affected countries.
Health ministry spokesman Kianoush Jahanpour told a news conference that 3,076 more cases had been confirmed in the past 24 hours, bringing the total number of infections to 35,408.
"The condition of 3,026 of those hospitalised is critical in one way or another," he said, adding that 11,679 patients have recovered and been discharged from hospital.
Jahanpour said that 57 million Iranians had been screened for the virus.
He said the data received had been "significant" and had helped with early detection and intervention.
Iranian regime has imposed strict new containment measures, after weeks of public appeals largely failed to deter hundreds of thousands taking to the roads to visit family for the Persian New Year holidays.
They include a ban on intercity travel by road with offeners via roads and fining and impounding violators' cars.
The restrictions, which will remain in force at least until April 8, include a ban on all intercity travel by road.
Based on AFP