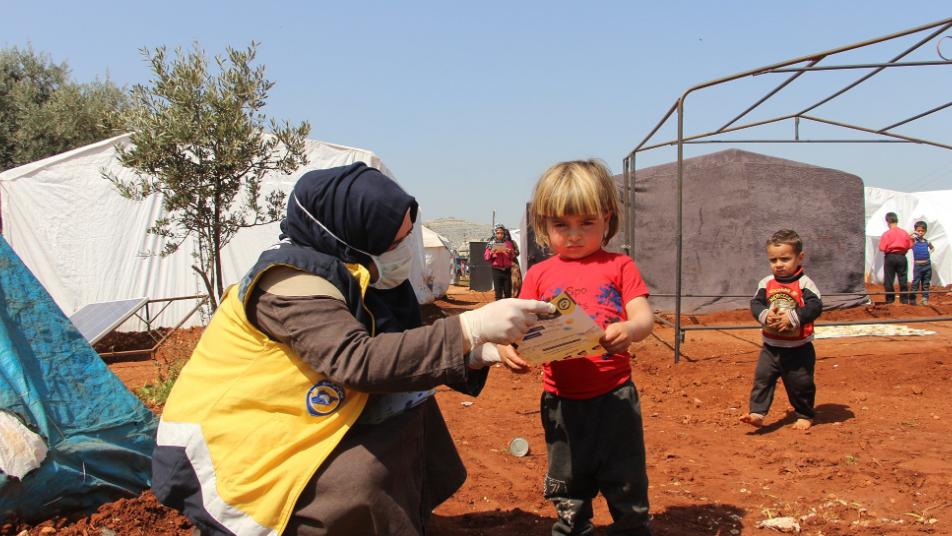 White Helmets Photo
Orient Net
The UN Office for the Coordination of Humanitarian Affairs (OCHA) Friday (March 27) expressed concern over the potential consequences of the coronavirus outbreak on the more than 1 million civilians displaced from Syria’s northwestern Idlib province.
OCHA spokesperson Jens Laerke spoke of the effects of the coronavirus disease on Syria during a video news conference in the UN’s Geneva office.
“The UN expresses concern over the potential outcomes of COVID-19 on millions of people throughout Syria and especially on more than 900,000 displaced civilians in Syria’s northwest (Idlib),” Laerke stated, underlining that displaced people in Idlib lack food and clean water in overcrowded camps.
Damaged health infrastructure and massive displacement due to attacks by the Assad regime and Russia make potential containment measures in the region a nearly impossible task.
Laerke also indicated that there are 6 million displaced within Syria and that medical services are highly limited.
Saying that only half of the medical institutions were able to operate since the end of 2019, Laerke stated that thousands of medical staff had to leave the country.
Syria's health care system has been ravaged by nearly a decade of war that has displaced millions of people and spawned rampant poverty. Hospitals and clinics across the country have been destroyed or damaged.
The risk of an outbreak is especially high and most alarming in Syria's northwest, where some 3 million people are trapped in a shrinking opposition bastion battered by months of bombardment, especially in Idlib. With close to a million people displaced since December by a Russian- Assad offensive in Idlib.
Forcibly displaced people in northeastern and northwestern Syria live in collective shelters, informal settlements and camps are most vulnerable to the disease while health care workers with inadequate protective equipment are also at risk.
Based on DS