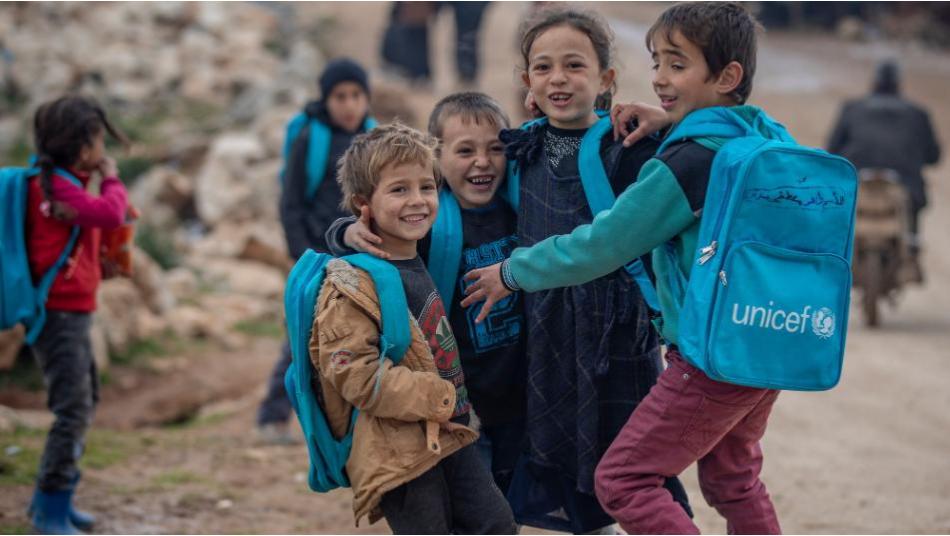 Syrian children. Photographer: Ammar Alzeer
Orient Net
The UN special envoy for Syria on Tuesday (March 24) appealed for a "complete, immediate nationwide" cease-fire in Syria to enable all-out efforts to suppress the novel coronavirus in the war-torn country.
Geir Pedersen, in a statement from Geneva, acknowledged a call last week from UN Secretary-General Antonio Guterres for warring parties throughout the world to immediately halt all fighting to enable the "human family" to tackle its common enemy -- COVID-19.
"Today, I am appealing specifically for a complete, immediate nationwide ceasefire throughout Syria to enable an all-out-effort to suppress COVID-19 in Syria," said Pedersen.
SNHR report said that approximately 15.2 million people have been forcibly displaced since March 2011, of whom nine million have been displaced inside Syria, while nearly 6.2 million have been displaced outside Syria.
The report added that 226,247 civilians, including 29,257 children and 16,021 women were killed since March 2011, with 91.36 percent of this total killed at the hands of the Assad-Russian alliance militias, adding that the disproportionately high percentage of the death toll among children and women.
He warned that Syrians were acutely vulnerable to the novel coronavirus, as healthcare facilities "have been destroyed or are degraded" due to conflict now in its ninth year.
"There is a shortage of key medical equipment and health professionals," he said, adding that many internally displaced people and refugees, as well as detainees and abductees, were living in hazardous conditions.
"I have real concerns for the impact on Syrian women, who are already at the forefront of existing health and community support systems," said Pedersen.
"This common threat knows no boundaries. It does not discriminate," he warned, adding: It does not care whether you live in areas controlled by the Assad regime or other areas.
The way to confront danger is for Syria's "long-suffering people" to have a sustained period of calm throughout the country, respected by all parties.
"Recent cease-fire agreements have de-escalated violence in northeast and northwest Syria, and this is welcome," noted Pedersen, saying that these remained fragile and that renewed violence could erupt at any moment.
On March 5, Turkey and Russia agreed on a cease-fire to halt fighting in northeastern Syria.
"This would have dire implications for Syria and for the global response to COVID-19 at large."
For that reason, a long-called-for nationwide cease-fire is needed now more than ever, Pedersen said, citing UN Security Council Resolution 2254.
"It must be respected by all parties," he added.
The virus that emerged in Wuhan, China, last December has spread to at least 169 countries and territories.
According to Johns Hopkins University's Coronavirus Resource Center, more than 396,000 cases of COVID-19 have been confirmed worldwide, with over 17,250 deaths and over 103,000 recovered.
Based on AA