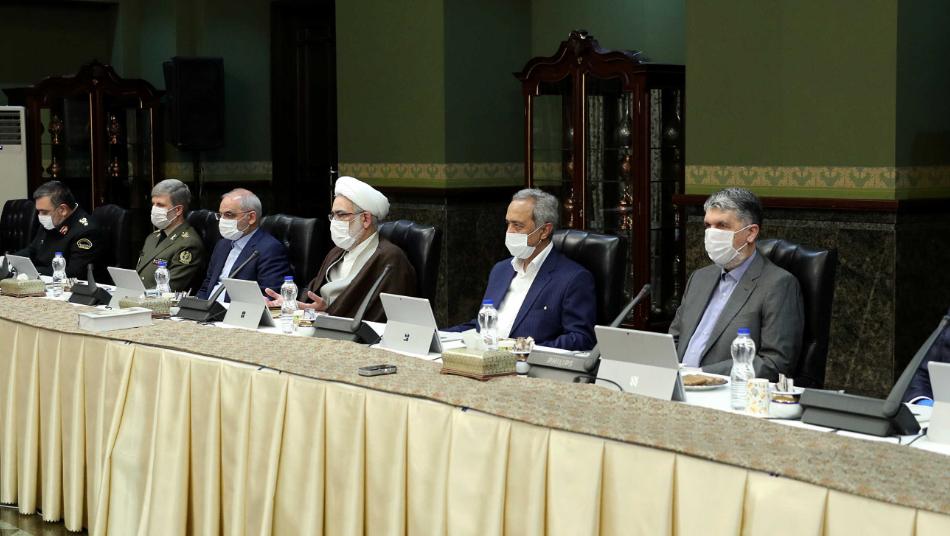 Tehran, Iran, March 21, 2020. Presidential website
Orient Net
Fears Iran would serve as a launching pad for the coronavirus pandemic, potentially wreaking havoc on the Middle East, are coming true, according to US officials, who point to a growing volume of evidence.
The State Department Monday (March 23)  accused Iranian regime of transmitting the coronavirus, which causes the disease COVID-19, to multiple countries, saying that, in at least five instances, a country’s first case of the virus was “directly imported from Iran.”
“The Wuhan virus is a killer and the Iranian regime is an accomplice,” US Secretary of State Mike Pompeo told reporters during a visit to Afghanistan.
“The regime continues to lie to the Iranian people and the world,” Pompeo added in a statement. “They put Iranians and people around the world at greater risk.”
Separately, other State Department officials voiced concern that the extent of the damage could be far worse, both for Iran and the region.
“The Iranian regime is hiding a significant amount of information about the coronavirus outbreak,” a State Department spokesperson told VOA. “This lack of transparency poses a significant health risk to the Iranian people, as well as to Iran’s neighbors.”
Last week, the local Syrian news outlet Deir Ezzor 24 quoted sources as saying at least two Iranian militia members in the city of Al-Mayadin had been quarantined after being diagnosed with the coronavirus.
Humanitarian groups, like the Norwegian Refugee Council, have warned of “carnage” if and when the coronavirus takes hold in Syria and other areas deprived of adequate health care.
Based on VOA