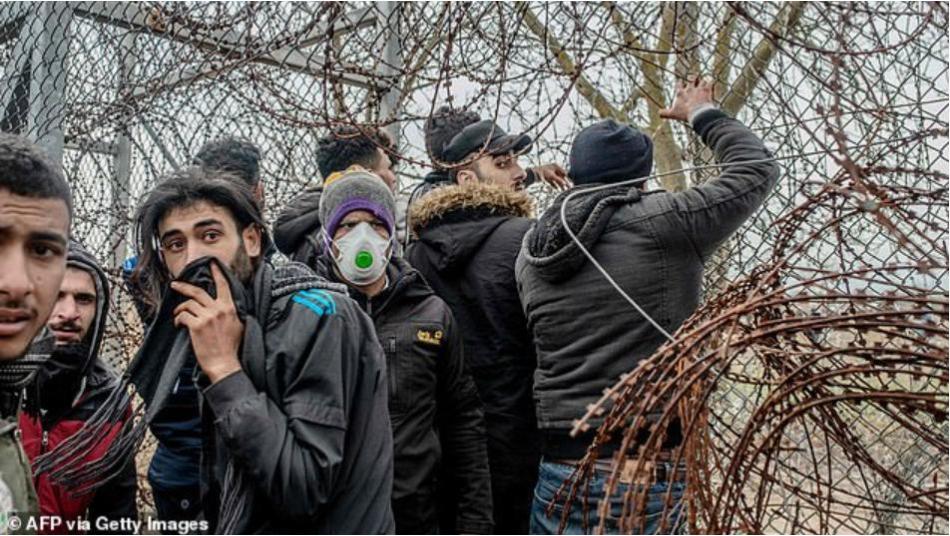 Orient Net
Turkey cannot absorb any more refugees, either from Syria or beyond, Foreign Minister Mevlut Cavusoglu said Sunday (March 22).
Cavusoglu made the remarks in an op-ed he wrote for the Financial Times titled ‘EU inaction on Syrian refugees is a stain on human conscience'.
Underlining the European Union’s claim to be a world power that stood as a beacon for human rights and international law, he said unless something is done about Greece’s treatment of refugees and the support it still receives from the EU, that claim will collapse.
“I have long cautioned the EU not to be complacent about the challenges it faces, including the rise of extremism, xenophobia, Islamophobia and anti-Semitism.
__new_in_first_article1__
“We have called for a revamped international system to manage the huge displacement of people fleeing conflicts such as Syria’s. We have painstakingly tried to convince the EU to help us resolve such conflicts and address the fragilities that surround Europe.”
He also touched on the Assad regime’s massive military offensive since last May and Turkey’s operations in northern Syria.
“When Turkish soldiers were attacked in February, we retaliated forcefully and showed what it means to attack a NATO country,” he said, noting that “one million people had begun marching towards NATO and Europe’s southeastern boundary, the Turkish-Syrian border.”
He pointed out the cost of Ankara’s efforts for the Syrian people in Turkey and in Syria as over $40 billion, saying “we cannot continue to protect the borders of NATO and Europe alone.”
Based on AA
قيم هذا المقال 10 0