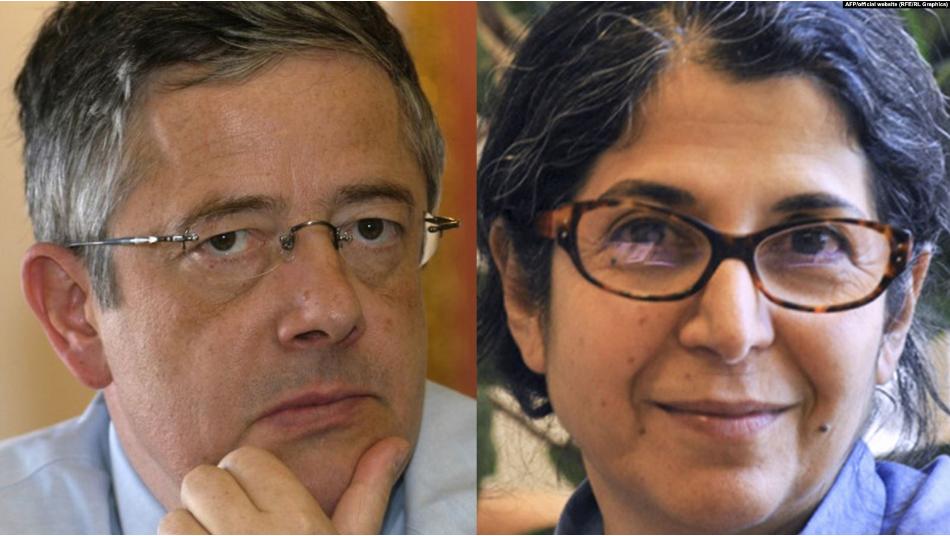 French academics Roland Marchal (left) and Fariba Adelkhah (file photo)
Orient Net
Iranian regime has released a French researcher held since last year in an apparent prisoner swap for an Iranian engineer held in France for more than a year, Iranian regime media report.
Iranian broadcaster IRIB reported on March 20 that Jalal Rohollahnejad, who was detained by France in February 2019 under a US extradition warrant, had been released.
The French academic, Roland Marchal, was turned over to the French Embassy in Tehran hours after French authorities released Rohollahnejad, according to IRIB.
Mizan Online, the news site of the Iranian judiciary, called it "an act of mutual cooperation."
Authorities in the United States suspect Rohollahnejad of involvement in an attempt to export sensitive industrial equipment to Iran in violation of US sanctions.
Marchal, a senior researcher at Sciences Po university, was detained in June 2019 along fellow researcher Fariba Adelkhah, a dual French-Iranian citizen.
France for months has demanded the release of both researchers.
The detentions complicated ties between the two countries during a period when French President Emmanuel Macron sought to defuse tensions between Washington and Tehran.
Based on reporting by RFE, AP and AFP