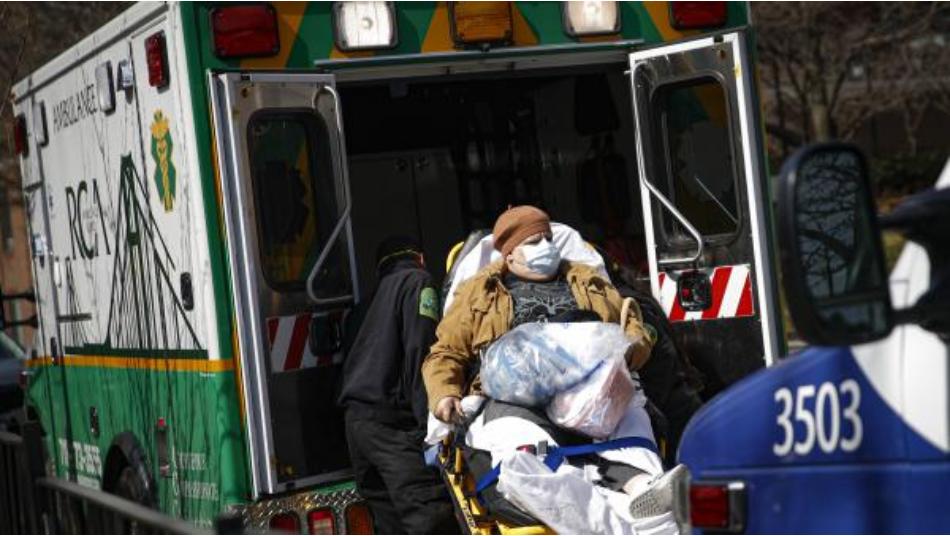 Medical workers load a patient wearing a protective mask into the back of an ambulance Wednesday outside a hospital in Brooklyn. JOHN MINCHILLO / AP
Orient Net
The global death toll from novel coronavirus has soared past 10,000 on Friday (March 20), according to the figures compiled by Johns Hopkins University in the US.
The virus, which emerged in Wuhan, China last December, has spread to at least 160 countries and regions across the globe, and the tally of confirmed cases exceeded 244,500.
In all, over 86,000 people diagnosed with the disease known as COVID-19 have recovered so far.
China, Italy, Iran, and Spain continue to be the most affected countries.
Although Italy has almost doubled China in confirmed cases -- some 41,000 vs 81,000 -- the European country is now where the most coronavirus related deaths reported globally with 3,405 fatalities. China, the ground zero of the virus, followed Italy with 3,132 deaths.
Nearly 1,300 people died in Iran, while the current death toll is more than 800 in Spain. Two countries have over 18,000 confirmed cases each.
Many countries have restricted flights from the most affected places as World Heath Organization (WHO) declared the outbreak a pandemic and Europe the new epicenter of the disease.
The Johns Hopkins figures far exceed the official tally compiled by the US Centers for Disease Control and Prevention (CDC), which are updated daily but only for cases reported by 04.00 p.m. local time (1600GMT) the preceding day.
Based on AA