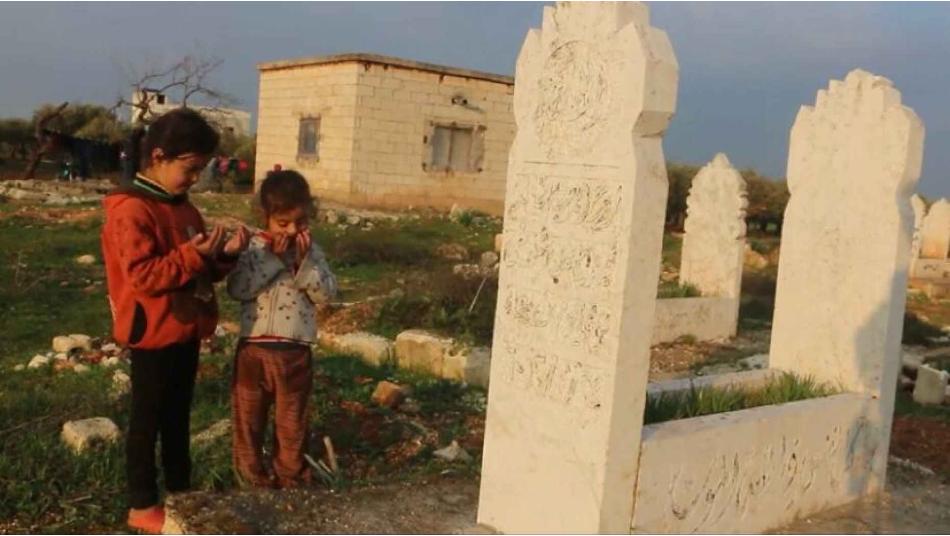 A family lives in a graveyard in Idlib (Ibrahim Alyahya)
__new_Underarticle_image_EN__
Orient Net
The number of dead continues to pile up in a country that was once one of the most beautiful on earth. The fear of death is never far from the mind of survivors. And some are even forced to live among those who have departed – with nowhere left to go as the last opposition-bastion of Syria’s Idlib is laid to waste.
“We tried to flee to a camp, but we couldn’t find a tent. All camps were full,” lamented Fadi Abo Yosef, who hails from the village of Jabal al-Zawiya. “Some villages guided me to this room and asked me if I can live among graves. I prefer to live among the dead than to risk my children to die from the cold.”
For weeks, Yosef and his wife and several small children have been living in a nondescript shack on the edges of a graveyard.
“I fear graves, I fear them so much,” one child cries, as another tries to stay strong.
“We can’t help but have nightmares and feel afraid,” the child says. “But it’s the only solution we have got.”
__new_in_first_article1__ 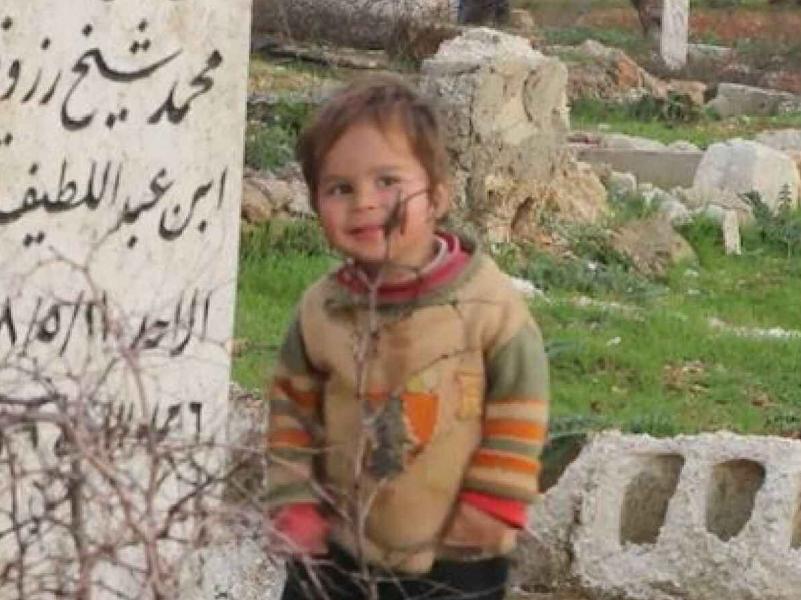 This week marks nine years since the outbreak of the Syrian revolution, which ignited out of a peaceful protest against the family reign of Bashar al-Assad. And for many still trapped inside the blood-soaked country, in which some half the population has been displaced and over a million individuals from all walks have lost their lives, the worst is yet to come.
“[People] lack the basics of life, and the biggest losers are children who suffer from the lack of schools and medical care,” Ibrahim Alyahya, a 34-year-old Syrian activist who shot the graveyard footage, told Fox News from his own overcrowded displacement camp on the sealed Syrian-Turkey border. “There is a fear of [more] bombing. Millions of people live in difficult medical and humanitarian conditions.”
The notion that every breath could be your last is palpable.
The situation is getting worse for several reasons. The most dangerous is the current spread of COVID-19 virus, and most medical centers are stopping their services as they have been targeted several times by Assad militias and Russian forces, said Fadel Ghany, chairperson of the Syrian Network for Human Rights. “This had led to destruction in equipment and centers. There is also a clear shortage of bathing water; there just isn’t enough water.”
Based on Fox News