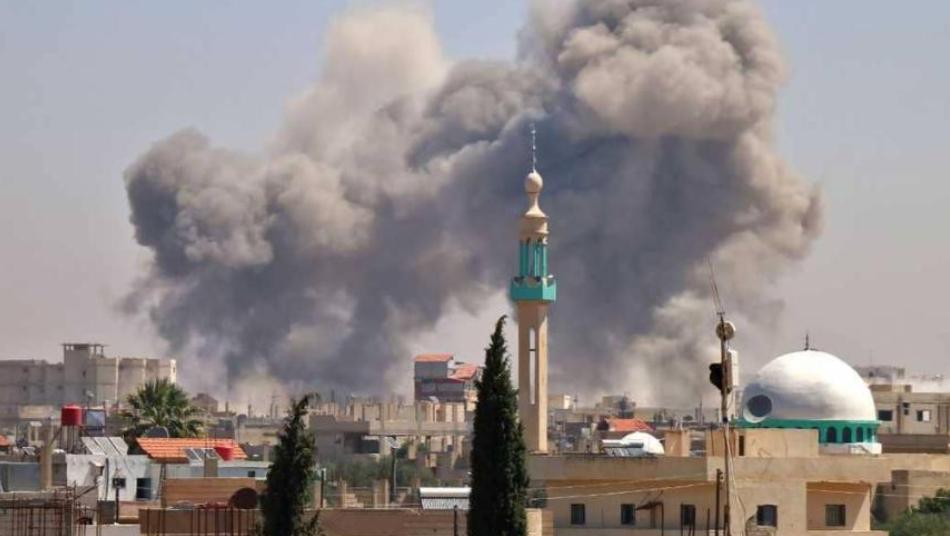 File Photo
__new_Underarticle_image_EN__
Orient Net
Assad militias have committed massacre in Daraa countryside, local sources reported on Wednesday (March 18).
Assad rockets bombed civilian homes in Jillen village in Daraa countryside on Wednesday, killing eight persons, including three children and former opposition fighters.
Earlier this month, Assad tanks bombed civilian homes in al-Sanamayn city, killing four civilians, including a child and his parents.
In January, Assad militiamen, reinforced with tanks, stormed into Rankous town in Damascus countryside, killing nine young men and detaining others.
__new_in_first_article1__
Also, in January, Assad patrols stormed the town of Yalda where children from the Yarmouk Camp lived, detaining at least 50 children who are between 10 and 16 years old because they teared one of Bashar Assad's photos into pieces in the Jarmaq school.
The Syrian Network for Human Rights SNHR documented in its report released on Wednesday (January 1) 43 massacres committed by Assad regime militias and 22 massacres committed by Russia in 2019.
The report records the deaths of 1,497 civilians, including 371 children and 224 women at the hands of Assad Regime militias and 452 civilians, including 112 children and 71 women at the hands of Russian forces in 2019.
According to the report, the SNHR’s working team documented the deaths of at least 305 persons due to torture in 2019, 275 of whom were killed at the hands of Assad Regime militias.