As countries around the world struggle to contain the Coronavirus pandemic, one cannot help but consider the ramifications of the virus for the most vulnerable among us; those detained and displaced. In Syria, where there are huge numbers of both, their situation could be catastrophic, Human Rights Watch (HRW) said on Monday (March 16).

Assad regime’s prisons hold tens of thousands of detainees. Many have been arbitrarily detained for their participation in peaceful protests or for expressing dissenting political opinion, Sara Kayyali, Syria Researcher at HRW said.

Torture and executions account for many of the thousands of deaths among detainees, but prisoners also die because of horrific conditions in prisons. Human Rights Watch interviewed former detainees who described conditions in their cells that violated their rights to health and life, and in some cases, amounted to inhuman or degrading treatment or torture, HRW added.

As one former detainee told Human Rights Watch in 2015:

“If you took pictures of the detainees now, you would see people who looked like those that are in the Caesar photographs, only they would be alive … The ones who died are the lucky ones.”

What is terrifying to consider is that authorities knew of and enforced these conditions by denying detainees adequate food, medical care, sanitation supplies, ventilation, and space. This aligns with what we know of the Assad regime's abusive practices towards detainees, including widespread and systemic torture, mistreatment, and sexual violence.

Despite numerous calls over the years to free arbitrarily imprisoned Syrians, stop torture, and improve conditions in detention facilities, little has changed. 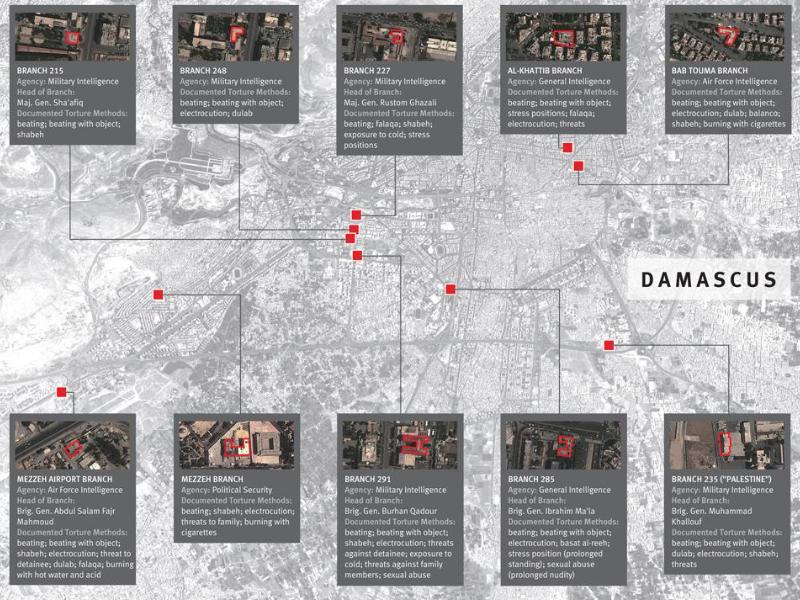 The Assad regime maintains that there have been no confirmed cases of coronavirus in Syria thus far. But its neighbors have all reported cases and it is clear how catastrophic even one case in Assad regime’s overcrowded prisons would be.

The rest of the world is taking extensive precautionary measures to prevent the virus from spreading. The Assad regime itself announced a number of actions designed to be pre-emptive, but of course, those measures do not reach the most vulnerable.

This is why it falls to humanitarian organizations and United Nations agencies to urgently press for access to formal and informal detention facilities, to provide detainees with life-saving assistance. The Assad regime certainly won’t, HRW concluded.