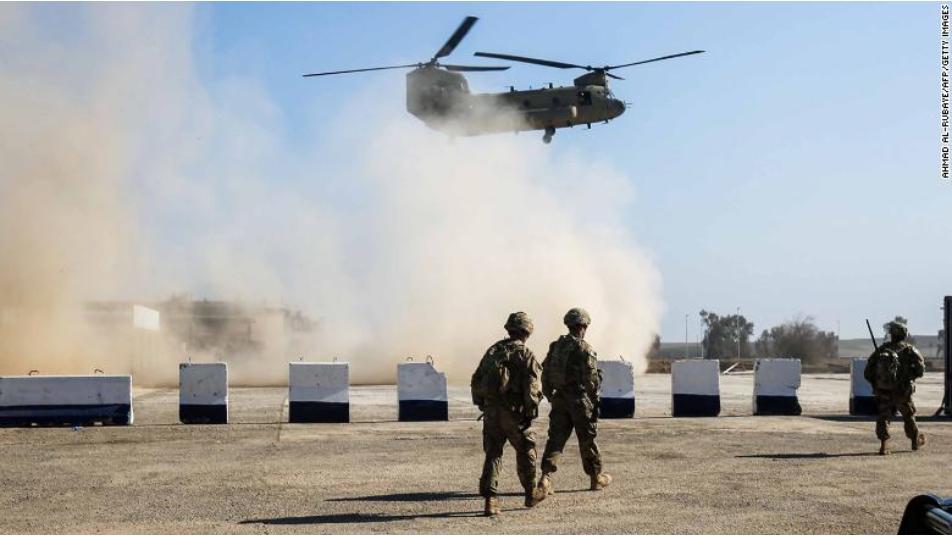 Orient Net
Two rockets hit an Iraqi base hosting US-led coalition and NATO troops, Iraq's military said Tuesday (March 17). This is the third attack on installations hosting foreign forces within a week.
The rockets slammed into the Besmaya base south of Baghdad late Monday night, a statement by the military said, making no mention of casualties.
Spanish forces linked to the US-led coalition fighting ISIS, as well as NATO training forces, are present in Besmaya.
US Secretary of State Mike Pompeo warned Iraq Monday that the US would retaliate "as necessary" against any new assaults on Americans after a slew of rocket attacks.
The US last week launched airstrikes against an Iranian-allied militia following a deadly attack on an Iraqi base housing US troops, but rocket fire has continued unabated.
A fresh spate of rockets, brazenly fired in the daytime, targeted the crowded Taji air base north of Baghdad last Saturday, wounding three members of the US-led coalition.
Based on AFP