WHO to start coronavirus testing in northwest Syria 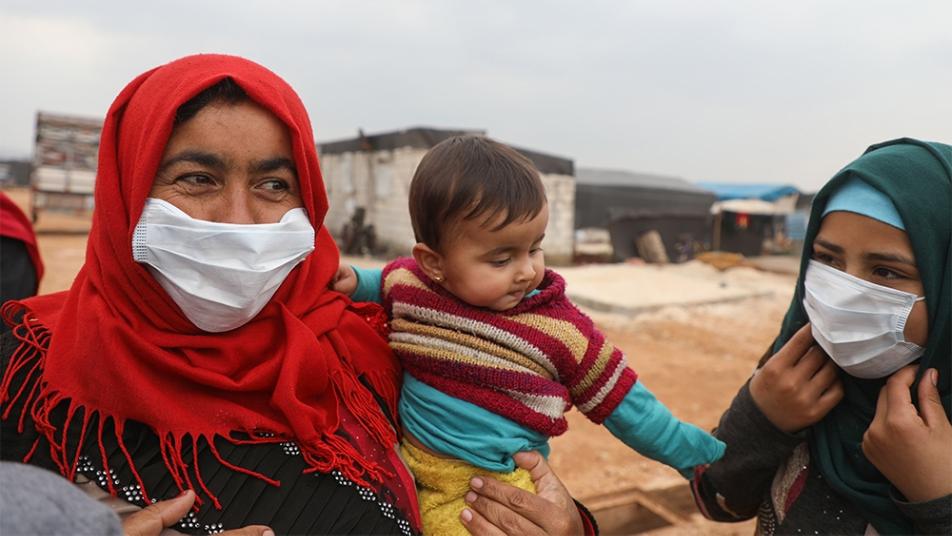 Women wear face masks in a camp for displaced people in Idlib province [Aaref Watad/AFP]
Orient Net
The World Health Organization will start testing for coronavirus in opposition-held northwest Syria later this week, the agency’s regional head said on Monday (March 16).
Only about half of medical facilities in the wedge of opposition-held Syria are operational. Nearly a million people recently displaced by violence are living in make-shift housing or crowded camps.
We are hoping to have the machinery and the tests sometime this week so we can start testing, said Dr. Rick Brennan, emergency director for the region, told Reuters. “And we are very concerned. All of the surrounding countries have documented cases.”
“We’ve said the weakest link in their chain is the data,” Brennan said. “They are rapidly increasing their ability to test and so the numbers will go up,” he said.