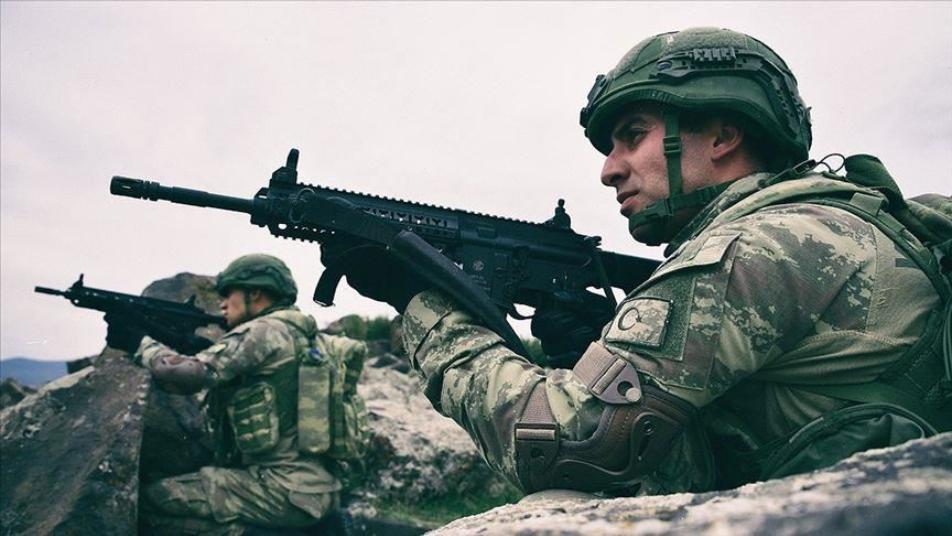 Orient Net
The Turkish army "neutralized" 11 YPG/PKK militiamen attempting to infiltrate northern Syrian territories, the National Defense Ministry said on Monday (March 16).
"11 YPG/PKK terrorists, who were attempting to infiltrate the [Operation] Peace Spring region with the intention of disturbing the peace and security established there were neutralized in operations carried out," said the ministry on Twitter.
The ministry further affirmed its determination to "continue taking measures to sustain the peace and security in the region."
On Saturday, the Turkish army "neutralized" 10 YPG/PKK militiamen in northern Syria.
Turkish authorities generally use the word "neutralized" to imply the terrorists in question surrendered or were killed or captured.
Since 2016, Turkey has launched a trio of successful operations across its border into northern Syria to prevent the formation of a terror corridor, enable peaceful settlement by locals, and protect civilians from attacks: Euphrates Shield (2016), Olive Branch (2018) and Peace Spring (2019).
Based on AA