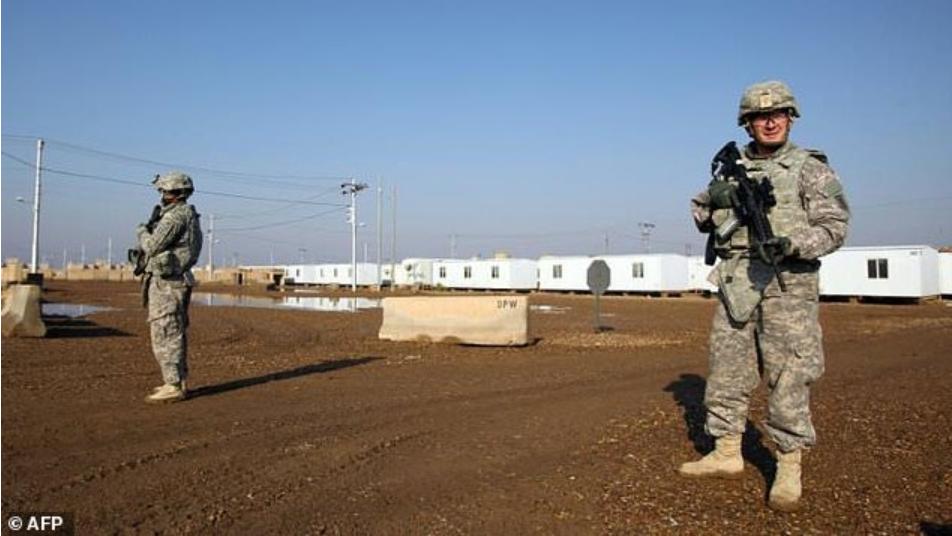 US soldiers keep guard at the Taji base which houses American and Iraqi troops north of the capital Baghdad
__new_Underarticle_image_EN__
Orient Net
A fresh spate of rockets targeted an Iraqi base north of Baghdad on Saturday (March 14) where foreign troops are deployed, Iraqi and US security sources told AFP, in a rare daytime attack.
It was the 23rd such attack since late October on installations across Iraq where American troops and diplomats are based, with the latest rounds growing deadlier.
None of the attacks have ever been claimed but the US has blamed hardline elements of the Hashed al-Shaabi, a network of armed groups incorporated into the Iraqi state.
Several rockets were fired at the Taji air base on Saturday, Iraqi and US military officials said.
"The initial toll is two wounded Iraqi Air Defence personnel who are in very critical condition," said Tahsin al-Khafaji, spokesman for Iraq's Joint Operations Command.
__new_in_first_article1__
A military source said Iraqi security forces had found the launching pad for the rockets, but not the attackers themselves.
The US-led coalition's surveillance capabilities have been impaired by cloudy weather in recent days, which the US official said may have contributed to the attackers' readiness to launch the rockets during the day instead of under the cover of night.
Taji is overcrowded with members of the US-led coalition helping Iraq fight jihadist remnants, after units were moved to the air base from other installations.
It came three days after a similar attack on the base killed two American military personnel and a British soldier -- the deadliest such incident at an Iraqi base in years.
The US responded Friday with air strikes on arms depots it said were used by Kataeb Hezbollah, an Iranian regime-aligned faction within the Hashed.
Based on AFP