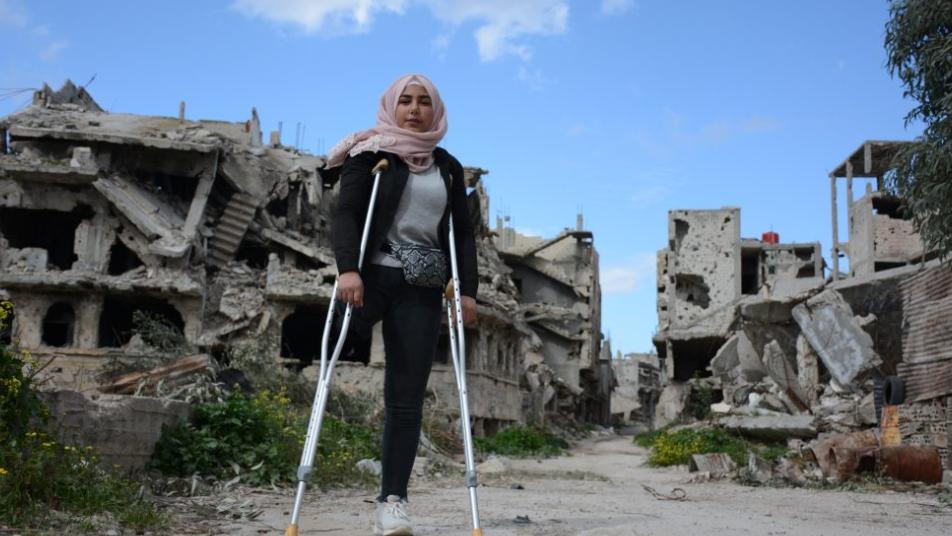 Nour, 16, stands in her war-ravaged and now partially inhabited neighbourhood Homs city, Syria | © UNICEF/UNI310491/Al-Droubi
__new_Underarticle_image_EN__
Orient Net
Death and displacement are just two of the life-threatening challenges children in Syria face, UNICEF has reported. As fighting enters its 10th year, many Syrian kids have known nothing but war.
The UN children's organization UNICEF issued a plea on Friday (March 13) to support Syrian children as the war in Syria nears the start of its 10th year.
"A child dies every 10 hours as a result of the war," the organization said.
From 2014 through the end of 2019, 5,427 children were killed, UNICEF said in its Syria report issued on 9 March 2020.
The report also estimated that over 5 million children are in need inside Syria and 2.5 million more in neighboring countries.
In a video posted to Twitter, UNICEF also noted that all children in Syria under the age of nine have known nothing but war in their lifetime.
__new_in_first_article1__
"Humanitarian help may not be able to end the war, but it can minimize the suffering of those most affected," said Christian Schneider, the head of UNIEF Germany.
He noted in a tweet that the war would enter its 10th year on Sunday and added his hope that "the terrible anniversary date would no longer have meaning in 2021."
Nearly a decade of fighting, millions displaced
In recent weeks, some 900,000 individuals, including more than half a million children, have been forced to flee the area due to Assad-Russian bombardment.
UNICEF's Syria 9 noted that since 2014, some 2.6 million children have been displaced within Syria, with some 2.5 million registered as refugees in neighboring countries. A total of 2.8 million children are out of school.
The report also included statistics on child labor, health and nutrition, education and displacement.
Based on DW