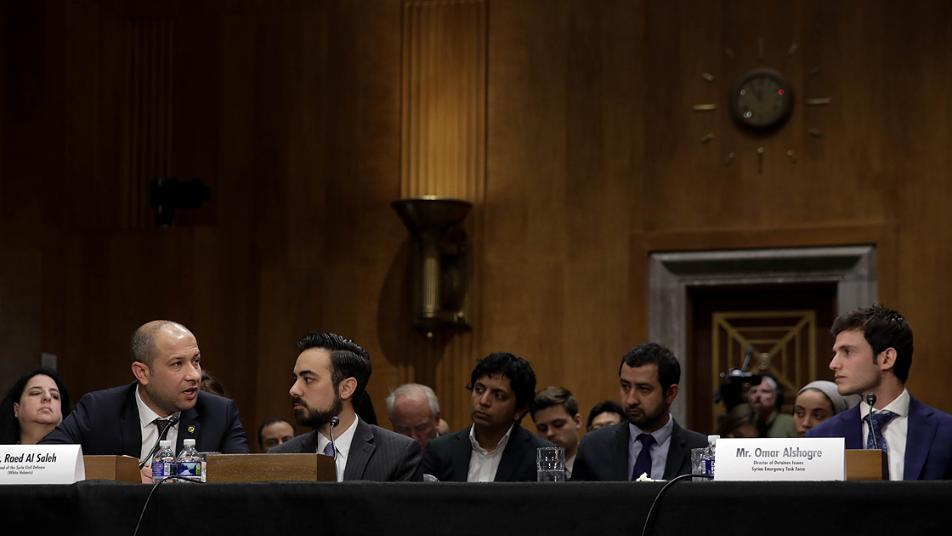 Orient Net
A ceasefire was reached last week to halt the Assad regime’s offensive into last opposition stronghold, but US officials and Syrian activists warn that the violence is far from over and that Assad, along with allies Russia and Iranian regime still believes he can reconquer the country by force.
In gripping testimony before the US Senate's Foreign Relations Committee Wednesday (March 11), three Syrian activists laid out the unfathomable human toll of Syria's war, just days before it enters its tenth year, and begged the US to take action. For a military defector known by the alias "Caesar," who exposed Assad's horrors by smuggling out thousands of photographs, the testimony brought him full circle as he appeared just months after Congress passed a law in his name.
But while he praised that law as "the only ray of hope for the Syrian people in the absence of any military or political solution," Caesar warned the committee that the killing in Syria continues.
"Killing has increased in the same places and in the same ways and at the hands of the very same criminals," he said. "And the reason, simply, is that the Assad regime considered the inaction of the international community and the mere statements of condemnation as a green light."
Caesar testified behind closed doors after an initial appearance in a blue hood to mask his identity. Five years after fleeing his post as a military forensic photographer, sharing with the world his images documenting the regime's horrific treatment of Syrian civilians, he still hides his identity to protect himself and his loved ones. 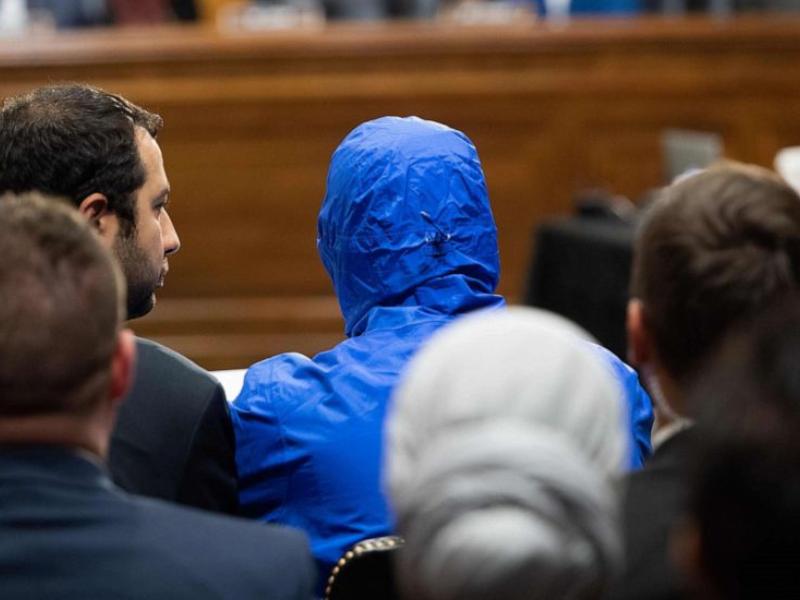 So far, the US has done little to stop the push into Idlib beyond voicing opposition to the thrust and support for Syria's northern neighbor Turkey, which backs and arms Syrian opposition forces and pushed back against Assad's offensive. US Special Envoy for Syria James Jeffrey said the US is considering ammunition sales to Turkey, while the State Department announced $108 million in humanitarian assistance.
"When you give us more money, what you are telling us is you will not stop the atrocities and that instead we must purchase more ambulances to transport more injured civilians, order new cranes to lift collapsed concrete crushing entire families, and buy more protective clothing to deal with chemical attacks," said Raed Saleh, director of the White Helmets, the volunteer emergency rescue force.
"Raising funds to alleviate the suffering does not work any better than giving painkillers to a cancer patient. What is needed is the political will to act to protect civilians," he added.
In response to democratic protests that started March 15, 2011, in the midst of the Arab Spring, Assad brutally cracked down on dissent, sparking a war that mutated into a proxy conflict and gave rise to ISIS. Now, almost nine years to the date, the war is still being fought in Syria's northwest corner.
Assad's militias, Russian warplanes, Iranian-backed militias, and other pro-regime elements launched an assault on Idlib in December that has forced nearly 960,000 Syrians from their homes, backing nearly four million of them into a slice of the province where a couple hundred thousand people once lived.
In their testimony Wednesday, Caesar, Saleh of the White Helmets, and Omar Alshogre, a democratic protester who spent three years tortured in Assad prison before being released, urged the US to provide stronger support for Turkey or redouble its diplomatic efforts, but outside the UN Security Council. 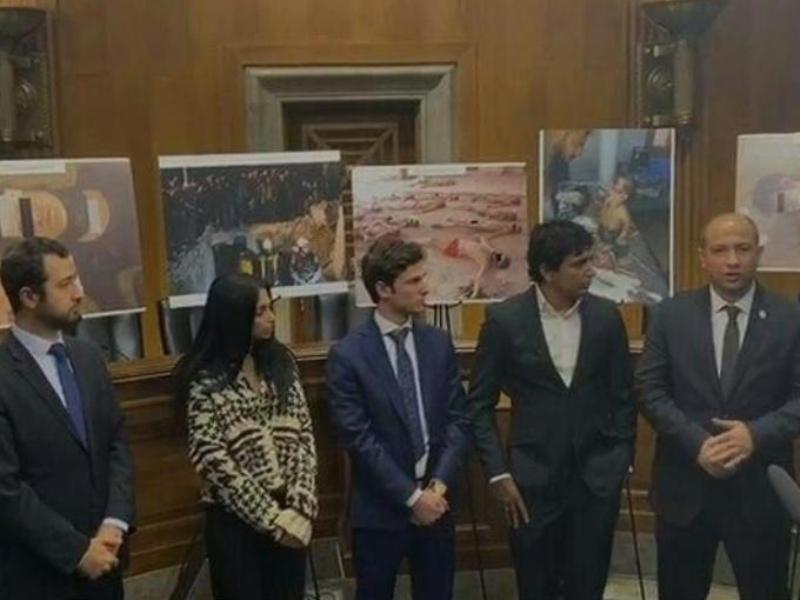 "Before we think about holding al Assad or Russia, Iranian regime, accountable, we have to stop them because it's still going on in Syria, people dying everyday. ... Torture is unlimited, starvation is horrible, so we have to stop them," said Alshogre. He recounted his brutal treatment in prison, where his father and brothers died, and the day he faced his execution, only to have the guard instead put a bullet in the back of his friend's head and let him go free, thanks to a bribe from his mother.
Their testimony left senators nearly speechless, with only a handful willing to ask questions of what the US can do.
"I hope that your testimony and Caesar's testimony before you pricks the conscience of this nation," said Sen. Bob Menendez, the top Democrat on the committee. "These are things that take political will. It is a will that has not been forthcoming from our country, and it's not unique to this administration either."
Based on ABC News