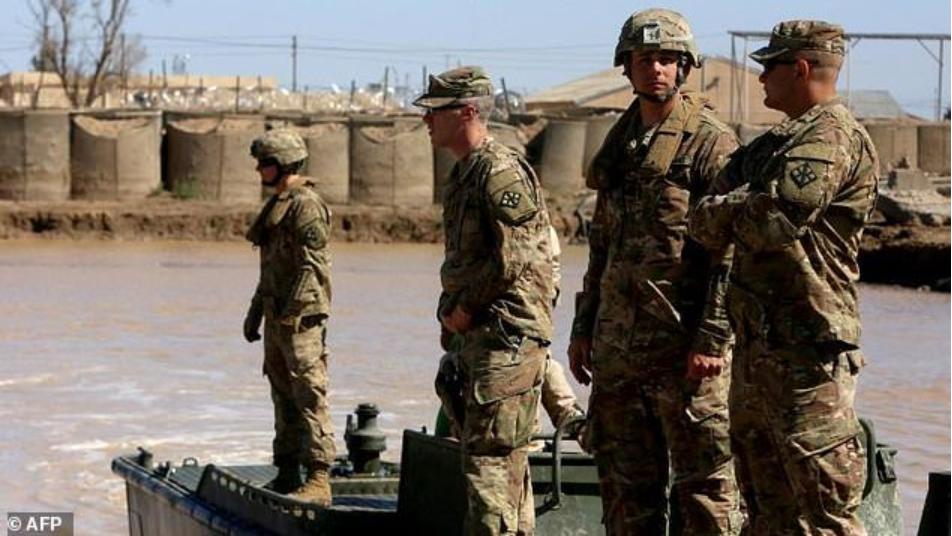 US army forces supervise during a training session at the Taji camp, north of Baghdad - the site of Wednesday night's rocket attack
Orient Net
Two American soldiers and a British soldier were killed Wednesday (March 11), a US official said, in the deadliest rocket attack in years on an Iraqi military base hosting foreign troops.
On Wednesday evening, a volley of 18 Katyusha rockets hit the Taji air base north of Baghdad which hosts troops from the US-led coalition.
A coalition statement said three of its personnel were killed and another 12 were wounded but it did not provide nationalities.
A US official, however, told AFP the dead included two Americans and a British national.
The Iraqi military said the rockets were fired from the back of a truck, but it did not comment on any casualties.
US Secretary of State Mike Pompeo and British Foreign Minister Dominic Raab condemned the attack in a telephone call.
The two "underscored that those responsible for the attacks must be held accountable," the US State Department said in a statement.
While there was no immediate claim of responsibility, Washington has blamed Iran-backed factions from Iraq's Hashed al-Shaabi military network, which is incorporated into the Iraqi state, for recent similar violence.
Based on AFP