Drones are dropping bombs on US troops in Syria 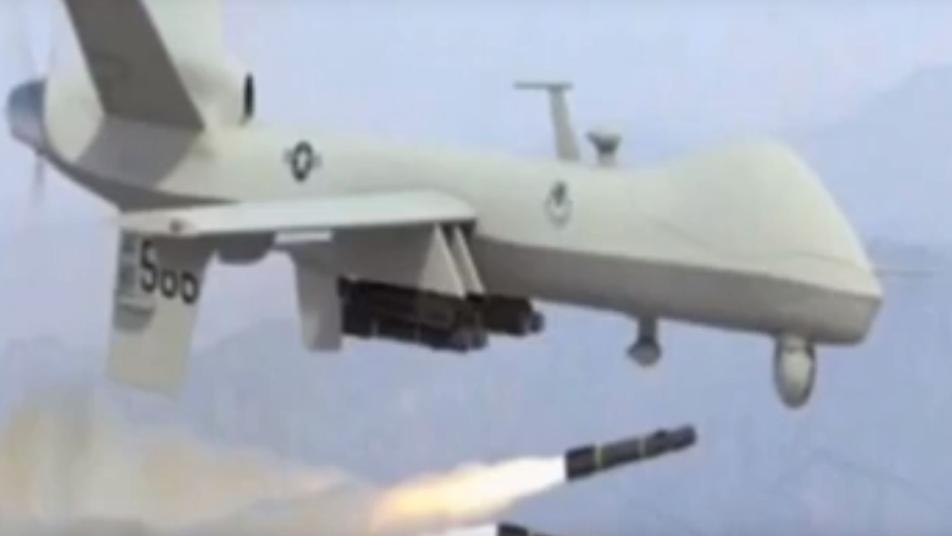 File Phoro
Orient Net
Drones are dropping explosives on US soldiers in Syria, and it's not clear who's behind the attacks, the head of US Central Command, which is responsible for the region, told lawmakers on Tuesday (March 10).
National Public Radio reporter Tom Bowman first reported the attacks on Friday, observing them as he joined a patrol by US soldiers tasked with protecting oil fields in northeast Syria.
"It was a multiday attack on two of the oil fields, the first one since the US mission began last fall to protect the oil fields," Bowman said on All Things Considered. "There were soldiers from the West Virginia National Guard at one of the fields. And early Wednesday morning, a drone carrying a mortar dropped it near where they were sleeping. No one was injured, and the soldiers quickly drove off the base."
A drone returned before dawn on Friday and dropped more mortars. "You could see the big circular holes in the ground, pockmarks on the US military trucks and one on one of the oil tanks," Bowman said.
Sgt. 1st Class Mitch Morgan told Bowman they sprung up when the attack began, mounted their vehicles, and left in two minutes. As we were going out, they were raining mortars in on top of us, Morgan said.
Bowman said Army investigators had told him that some of the mortars "were made with 3D printers, which means that obviously someone pretty sophisticated put together these mortars, perhaps a nation-state."
Questioned on Tuesday about the incidents, US Marine Corps Gen. Kenneth McKenzie, head of Central Command, said there had been attacks by unmanned aerial systems, or UAS, but disputed some of the details.
"We have reports — I don't think as many as are in the NPR report — but yes ... group 1 UAS, which are the small UAS, they'll try to find a way to carry an explosive and fly it over."
"The Russians have had some significant casualties in this regard, as have other nations that are operating there," McKenzie said. "So yes, it is a problem. We look at it very hard. It's one of my highest priorities."
McKenzie said his command was still investigating the perpetrator but pointed to ISIS.
"If I had to judge today, I would say possibly ISIS, but [it's] probably not a state entity operating the drones," McKenzie told lawmakers.
The drone attack in Syria highlights the growing threat that small drones pose to US forces.
Enemy unmanned aerial systems "have expanded in size, sophistication, range, lethality and numbers" and are being used throughout Central Command's area of responsibility," McKenzie wrote in the list, which was obtained by Business Insider.
Their "low velocity and altitude makes them difficult to detect on radar and limited options exist in effectively defeating them," McKenzie wrote.
The letter requested $67.6 million for systems to "help counter these airborne IEDs and intelligence gatherers."
Asked Tuesday if his command's counter-drone needs were being met, McKenzie said he was "convinced the system is generating as much as it can" and that he had talked to Defense Secretary Mark Esper about the issue.
"I own a lot of the systems that are available across the entire United States inventory," McKenzie said. "I am not satisfied with where we are, and I believe we are at great risk because of this."
"We're open to anything, and a lot of smart people are looking at this," McKenzie added. "We're not there yet, but I think the Army, having executive agency for this, will actually help in a lot of ways. It will provide a focus to these efforts. This is a significant threat."
Based on Business Insider