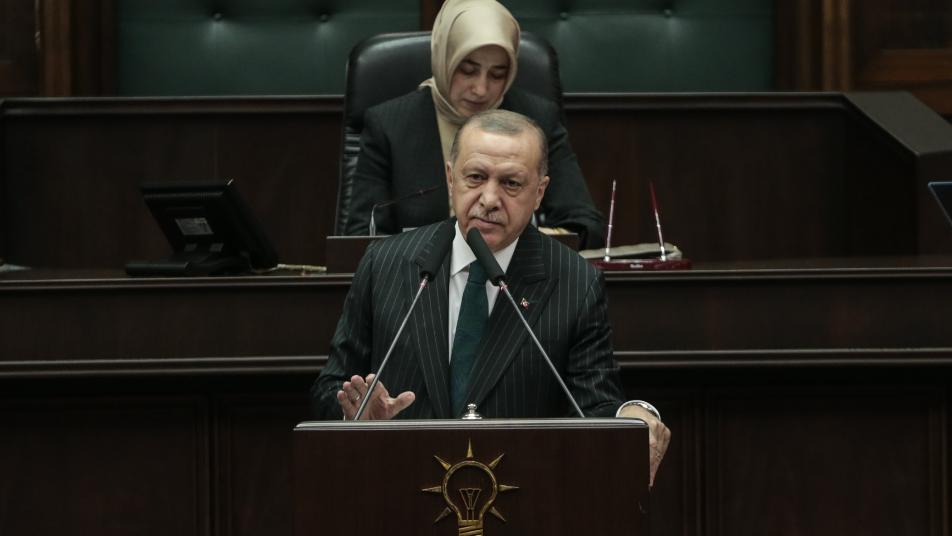 AA Photo
Orient Net
Turkey expects Russia to address cease-fire violations in Syria's northwestern Idlib province and will not hesitate to carry out further military operations in the area if promises are not kept, President Recep Tayyip Erdogan said Wednesday (March 11).
If the Assad regime and Russia fail to keep their promises of a cease-fire, we will not hesitate to take the necessary steps against them. The security of Turkish observation points in the region is our biggest priority right now, Erdogan told the parliamentary group meeting of the Justice and Development Party (AK Party) in Ankara.
Erdogan noted that Turkey aims to make the temporary cease-fire in Syria’s Idlib permanent and will not shy away from further military operations in the area if the cease-fire pledge is not kept.
He highlighted that Ankara will continue to genuinely support all efforts that aim to ensure safety, security and stability in northwestern Syria.
The cease-fire was reached in Moscow last week after talks to contain the escalating conflict. The talks in Moscow marked the 10th encounter in just over a year between Putin and Erdogan.
Based on DS