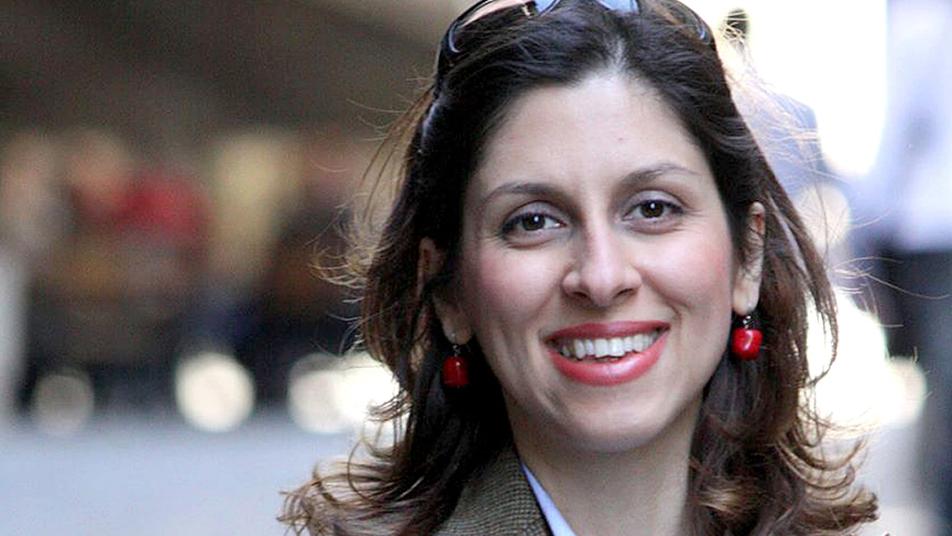 Nazanin Zaghari-Ratcliffe saw the doctor last Monday soon after her husband had raised fears about her symptoms. Photograph: Family Handout/PA
__new_Underarticle_image_EN__
Orient Net
Nazanin Zaghari-Ratcliffe’s health is improving after fears last week that she had contracted coronavirus while in prison in Tehran.
However, her family have said she has not been tested and a promise of temporary release made last week by prison officers has not materialised, causing her deep distress.
Many prisoners in Iran are being released temporarily amid fears that the disease will spread rapidly inside prisons if it takes a grip, but the offer of release applies only to prisoners with sentences of less than five years. Most political prisoners are serving longer sentences.
Following the suggestion that she was to be released, Zaghari-Ratcliffe went so far as to pack her bags in preparation last Wednesday. Her husband, Richard Ratcliffe, accused the Iranians of playing mind games and urged the British government to demand her full release.
In a lengthy statement released by the Free Nazanin campaign, Ratcliffe said: “[The doctor] confirmed to her that her symptoms were clearly a virus and were consistent with coronavirus but he also confessed he was unable to test her with a testing kit.
“The doctor, however, did reassure Nazanin that since her symptoms had stabilised it was likely a positive sign that she was hopefully soon going to start to recover.” Zaghari Ratcliffe saw the doctor last Monday soon after her husband had raised fears about her symptoms.
She was told last Wednesday by the deputy prosecutor that she was being considered for temporary release by the prosecutor, and informed her release could happen either later that day or Thursday.
__new_in_first_article1__
But over the weekend she was informed that her release was not imminent. Six other prisoners have been released from her ward, and four given a date for their release.
Reflecting on the impact on her family in Britain, the campaign said: “The effect is a kind of gaslighting, raising hopes before promises are not kept, and then a kind of guilt and self-blame, as the regime manages another distraction and avoids accountability for its acts of abuse.
“Cumulatively the experience is not just cruel and degrading. The cumulative effect – of promising to release and failing to do so, again and again – is a kind of mental torture. That is its design.
“The fact Nazanin’s temporary release has not happened when promised so publicly indicates blockages and offstage power games – between different parts of the Iranian regime, between Iran and the UK.”
Ratcliffe said: “Dangling publicly the idea of furlough without yet carrying it through has been an act of media management by the Iranian authorities. It has aimed at distracting media attention from the refusal to test for coronavirus, and the fact thousands of prisoners, including British ones, have just been left in harm’s way.”
Ratcliffe expressed anger that some UK government ministers had repeated false Iranian regime claims that she had been tested.
Zaghari-Ratcliffe was sentenced to five years in prison over allegations, which she denies, of plotting to overthrow the Tehran regime.
Based on The Guardian