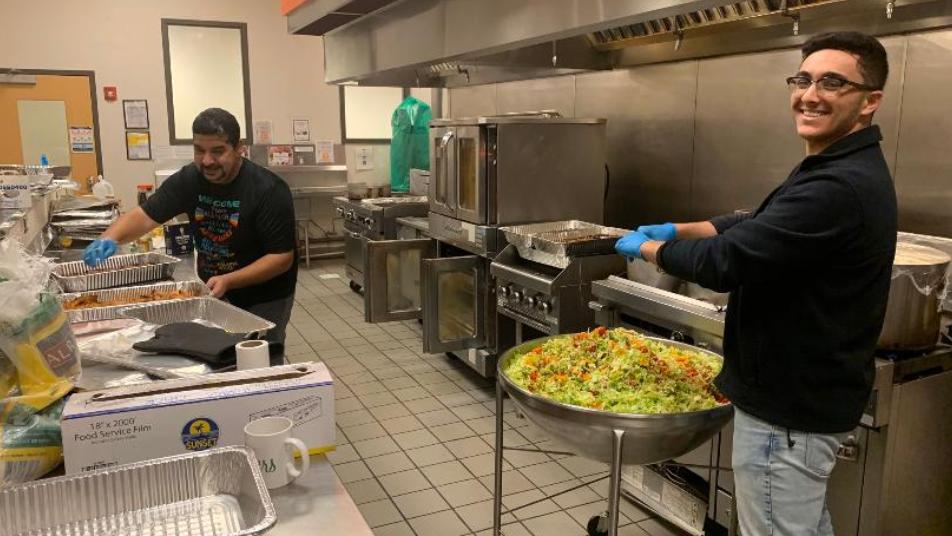 Yassin's Falafel House
Orient Net
Yassin's Falafel House organized volunteers and traveled to Nashville to prepare and deliver food for people in shelters and first responders.
Yassin's Falafel House, a community doesn't stop at the border of a city. It extends beyond borders and no matter where a person may be, it's never impossible to help them.
After deadly tornadoes swept through Middle Tennessee and downtown Nashville, Yassin organized volunteers to travel there and help out after the devastation. There, they partnered with local organizations to cook and deliver food for over 200 people in shelters and for first responders, according to a post on Yassin's Falafel House Facebook page.
He worked alongside the Tennessee Immigrant and Refugee Rights Coalition, Murfreesboro Muslim Youth and several others.
Yassin's Falafel House also started a fundraiser to build a relief kitchen in Nashville for displaced people and workers trying to clean up after the storms. By Wednesday afternoon, the restaurant raised around $4,400.