Peaceful protesters hit the streets near the Omari mosque in the city centre, showing solidarity with their fellow citizens in al-Sanamayn city, Horan Free League reported.

Assad tanks bombed civilian homes in al-Sanamayn city on Sunday morning, killing four civilians, including a child and his parents.

Syrian activists posted a video, showing street fighting between the reconciliation factions and Assad militias who tried to storm into in al-Sanamayn city in Daraa countryside. 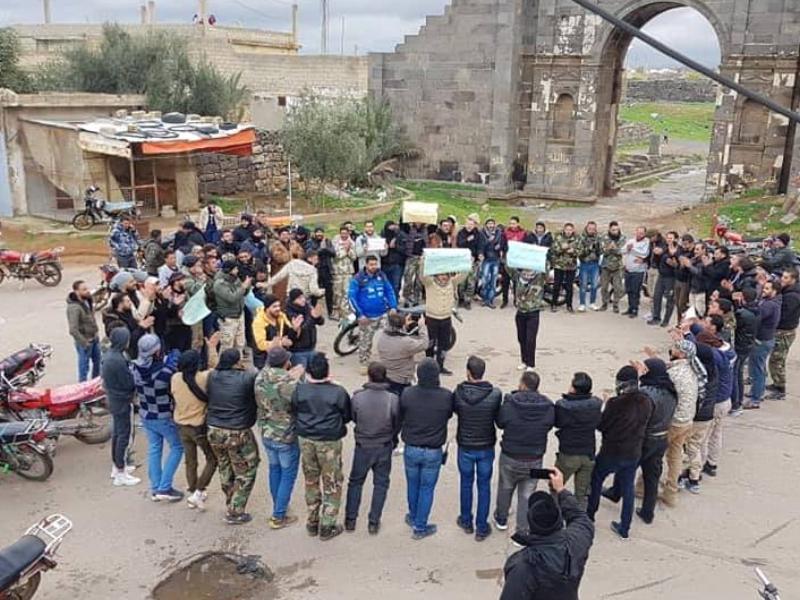