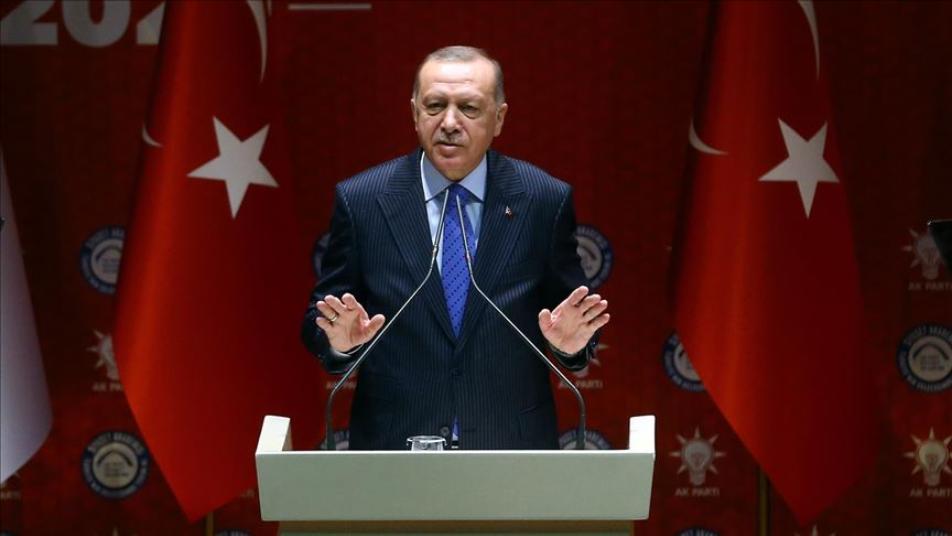 Orient Net
The situation in Syria’s Idlib is in favor of Turkey, said the Turkish president on Thursday (February 27).
“The developments in Idlib are now in favor of Turkey,” Recep Tayyip Erdogan said during orientation day of first batch of Diplomacy Academy in his ruling Justice and Development (AK) Party headquarter in Ankara.
“Assad regime would have completely disappeared if it did not have Russia’s backing,” Erdogan said, adding that Turkey’s involvement in Syria is completely legal under the scope of the Adana Agreement.
Assad artillery shells targeted in the early hours of Thursday civilian homes in Ard al-Hara neighborhood in Idlib city, killing the parents and their two children and injuring a child.

Allied opposition fighters, supported by Turkish artillery shells liberated on Thursday Saraqib city in Idlib countryside and cut the M4 and M5 highways, killing, injuring Assad militiamen.
On Wednesday, the warplanes bombed civilian homes in several villages and towns in Idlib countryside, including Eilin, Arnaba and al-Muza, killing six civilians, including a woman and injuring 20 others, including three children.
On Tuesday, Assad warplanes intensified bombardment on Idlib province, killing 22 civilians, including three teachers, nine children and seven women and injuring 90 others, including 39 children and women.
Assad-Russian warplanes have committed dozens of massacres in Idlib and Hama countryside since they launched their bombing campaign on the 30th of April, largely violating the de-escalation zone deal reached between Russia and Turkey.