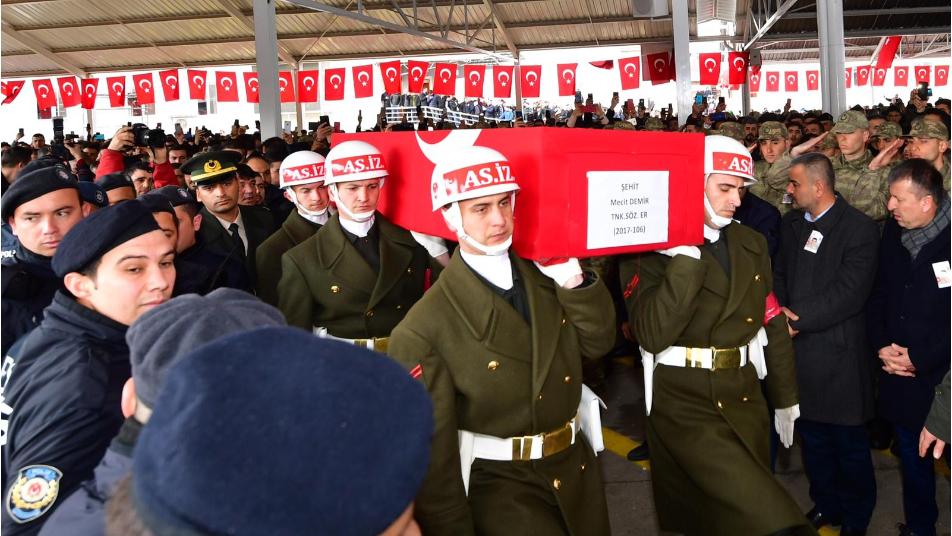 Orient Net
Two Turkish soldiers were killed in an attack by Assad regime militias in Idlib, the country’s National Defense Ministry said early Thursday (February 27).
According to the ministry's statement, Turkey retaliated for the attack with full force and 114 regime targets were heavily struck and destroyed, the ministry said in a series of tweets.
According to various sources in the region, three tanks were seized and an air defense missile system and one Zu-23 anti-aircraft gun as well as other vehicles were destroyed, the ministry added.
__new_in_first_article1__
Allied opposition fighters, supported by Turkish artillery shells liberated on Thursday Saraqib city in Idlib countryside and cut the M4 and M5 highways, killing, injuring Assad militiamen.
Idlib has been a stronghold of opposition and anti-government armed groups since the outbreak of the Syrian revolution in 2011.
In September 2018, Turkey and Russia agreed to turn Idlib into a de-escalation zone in which acts of aggression are expressly prohibited.
قيم هذا المقال 2 0