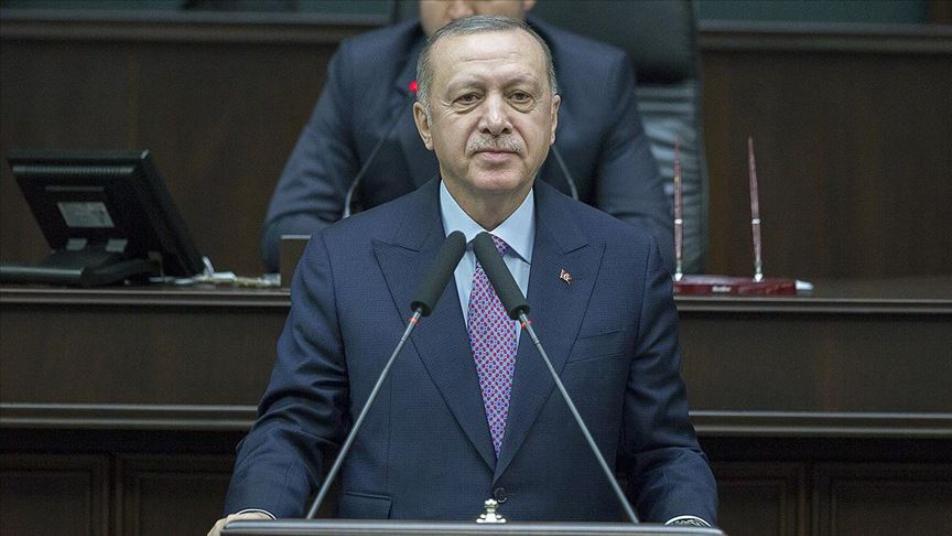 AA Photo
__new_Underarticle_image_EN__
Orient Net
Turkey is running out of patience with Assad regime besieging the Turkish observation posts in Syria’s Idlib as the deadline for the regime is approaching, President Recep Tayyip Erdogan said Wednesday (February 26).
Speaking at the ruling Justice and Development Party’s (AK Party) parliamentary group meeting, Erdogan highlighted Turkey’s determination find a solution to the ongoing crisis in Idlib.
“Turkey has been trying to facilitate all efforts to prevent humanitarian crisis in Syria’s Idlib, while Russia refuses to see grave situation,” the president said, adding that Turkey demands the regime militias to end their attacks as soon as possible and retreat behind Turkish observation points.
“Our deadline for the regime is approaching. After the end of the month, we will do anything we can to secure our observation points,” Erdogan said, adding that Turkey will not take a single step back and push the regime out of the delineated zone.
__new_in_first_article1__
On Tuesday, Assad warplanes intensified bombardment on Idlib province, killing 22 civilians, including three teachers, nine children and seven women and injuring 90 others, including 39 children and women.
Erdogan’s comments came as Turkish and Russian delegations held a meeting to find a solution to the Idlib crisis on the same day.
The Turkish president has been criticizing Russia for offering continuous support to the Assad regime, which is further deteriorating the humanitarian situation in Idlib.
Based on DS