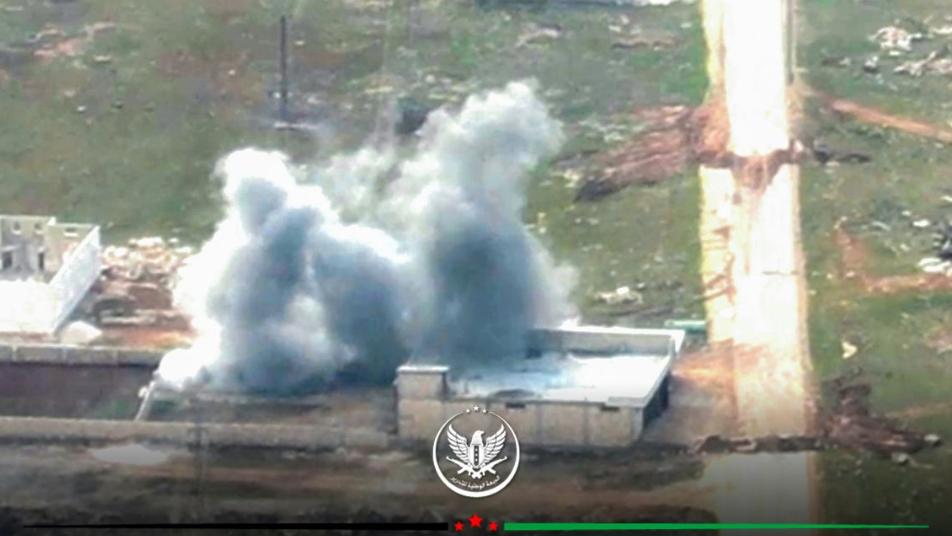 Orient Net
Opposition fighters in the National Front for Liberation (NFL) have killed and injured dozens of Assad militiamen and destroyed a military convoy in Idlib countryside, Orient correspondent said.
NFL fighters targeted Assad military convoy, heading towards Nairab, near Heish villagre in Idlib countryside with Grad missiles and artillery shells, destroying six tanks and other military vehicles and killing and injuring Assad militiamen.
On Monday, Al-Nairab village which is located in Idlib southeastern countryside was liberated in an attack launched by opposition fighters supported by Turkish artillery shells.
Russian warplanes continue their scorched earth policy against civilians and civilians, according to Orient correspondent.
The Syrian Network for Human Rights SNHR documented in its report released on (January 1) 43 massacres committed by Assad regime's militias and 22 massacres committed by Russian forces in 2019.
The report documented the deaths of 3,364 civilians in 2019, including 842 children and 486 women at the hands of the perpetrator parties to the conflict in Syria, including 234 in December.