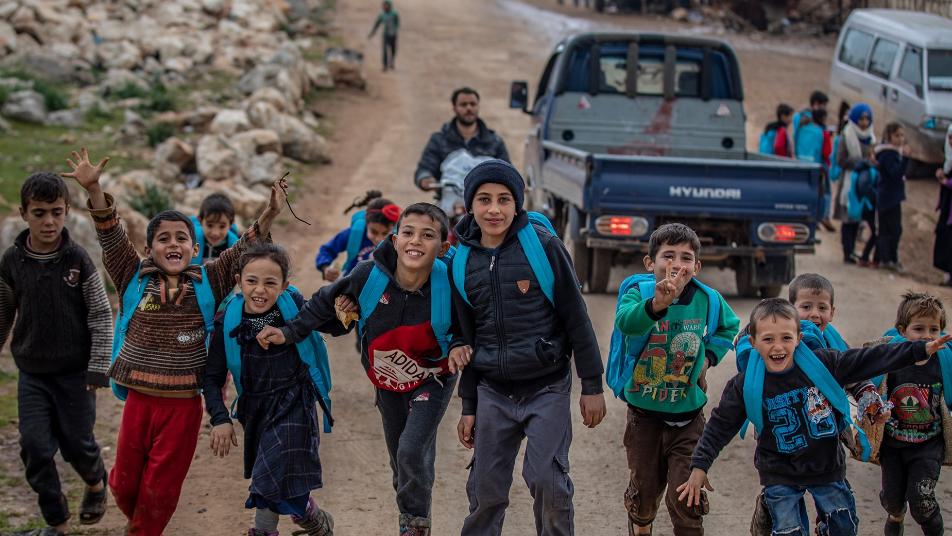 Syrian children. Photographer: Ammar Alzeer
Orient Net
The International Rescue Committee (IRC) called on Monday (February 24) UN Human Rights Council to immediately convene a special session on the crisis in Idlib.
The UN Human Rights Council holds its first session of 2020, starting off with a high-level segment at Ministerial level. IRC took this opportunity with the presence of Ministers of HRC Member States to immediately convene a special session on the crisis in Idlib, IRC said in a press release.
“Over 900,000 Syrians have been displaced since December, more than half of whom are children, including 100,000 who have fled in the last week alone. With nowhere left to run, children and their families are freezing to death in the open air – all while bombs continue to drop on homes and hospitals,” IRC said.
“A humanitarian catastrophe – the worst since the conflict began nearly 9 years ago - is rapidly unfolding before our eyes.  There is no issue more deserving of the Council’s attention at this moment in time. The world cannot look away from the unbearable and increasing suffering of Syrian civilians,” IRC added.
While the UN Security Council has failed to adopt a ceasefire resolution despite the unimaginable situation on the ground, the Human Rights Council can step in and adopt its own resolution calling on the parties to end the violence, hold accountable those involved, and facilitate unhindered humanitarian access by the most effective and efficient routes, according to IRC.
The IRC concluded by calling on the UN Human Rights Council to act, live up to its mandate to defend human rights and stand in solidarity with millions of Syrians in need.